Bell County knocks off Whitley for first win of season 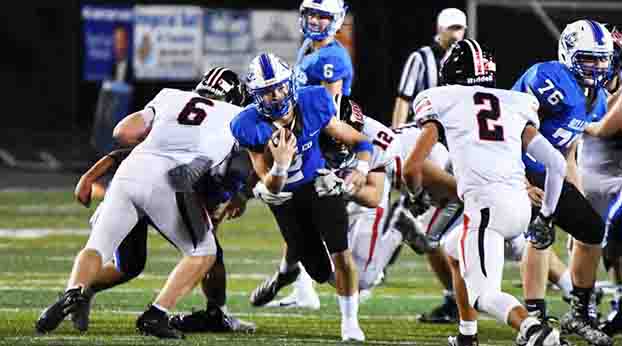 Finding a way to replace the offensive firepower of quarterback London Stephney following graduation was the number one concern for Bell County fans coming into the season, and a 36-0 loss to Johnson Central in the season opener last week did nothing to ease those fears.

Brandon Baker helped fill that void on Friday, scoring two touchdowns on the ground and another on a pass reception as the Bobcats defeated visiting Whitley County 20-7.

Whitley threatened first after a scoreless opening quarter, but Bell’s Jonathan Lankford picked off a Caden Petrey pass in the end zone.

Baker scored Bell’s first points of the season with 3:18 left in the first half and the Bobcats took a 6-0 lead into the halftime break.

The Bobcats extended their lead to 14-0 on a drive early in the third quarter, capped by a run from Baker and a two-point conversion.

Petrey put Whitley on the board with a 3-yard quarterback keeper. The extra point cut the deficit to 14-7 with 3:57 left in the third quarter.

The Bobcats extended their lead to 13 when Baker caught an 11-yard touchdown pass from Cameron Burnett with 9:46 left in regulation.