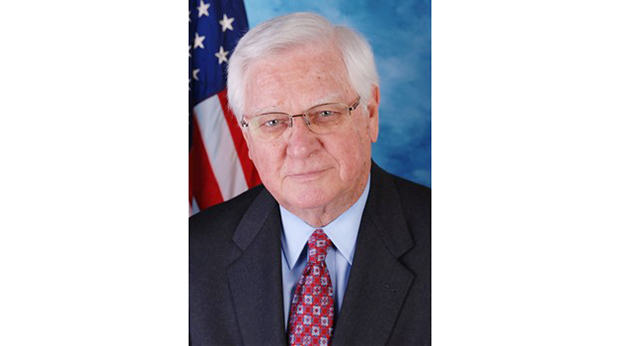 Standing against any efforts to defund the police, Congressman Hal Rogers added his signature to the nationwide Police Pledge, an initiative sponsored by the Heritage Action for America.

The Police Pledge states “A lawful society-free from mob rule and violent insurrection-is not possible without Law Enforcement. Police Officers have chosen a noble profession. They dedicate their lives to upholding the law and protecting the sacred rights of their fellow citizens. As a profession, they deserve support and respect. I stand with America’s Police and pledge to oppose any bill, resolution, or movement to ‘Defund the Police.'”

“During a time of unrest and violent injustice in our nation, it is important that we continue to stand up for the law enforcement officers who are serving and protecting the citizens of this nation with the utmost integrity. Malicious police officers must be held accountable for their actions. However, I chose to sign the Police Pledge for those who bravely answer the call of duty every single day and put their lives on the line at a moment’s notice for every citizen, regardless of race, age or gender,” said Congressman Rogers.

Visit heritageaction.com/policepledge to sign the Police Pledge and to see a comprehensive list of leaders who have signed on.

By TESS SCHOONHOVEN Baptist Press Every church has adjusted some aspects of ministry since the onset of the COVID-19 global... read more