Truck show draws crowd with participants from several states; Click to see a photo gallery from the show 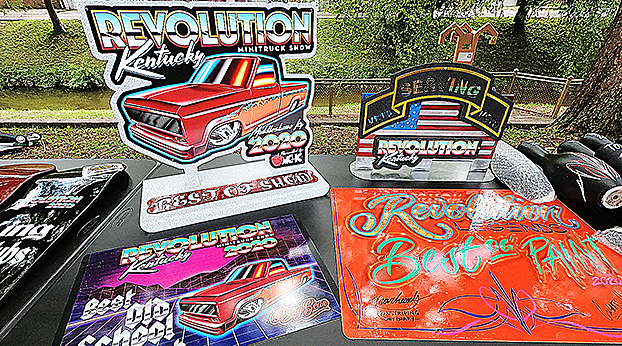 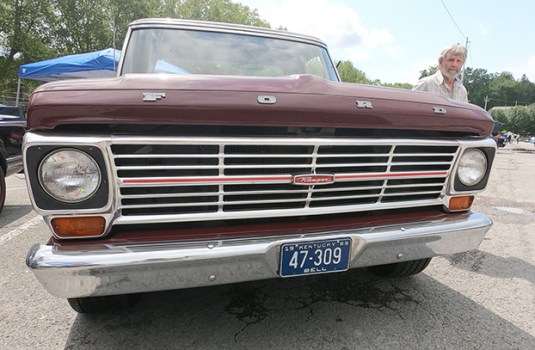 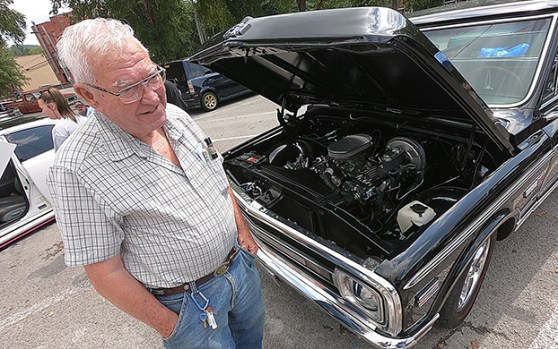 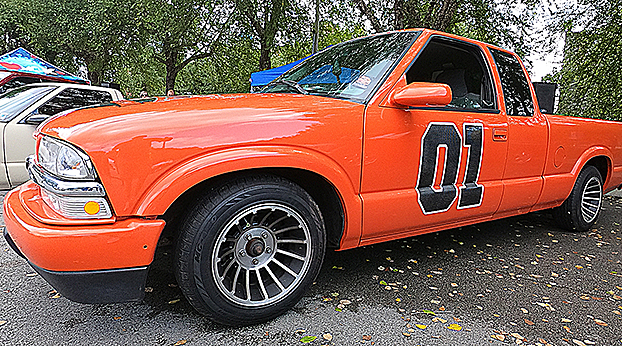 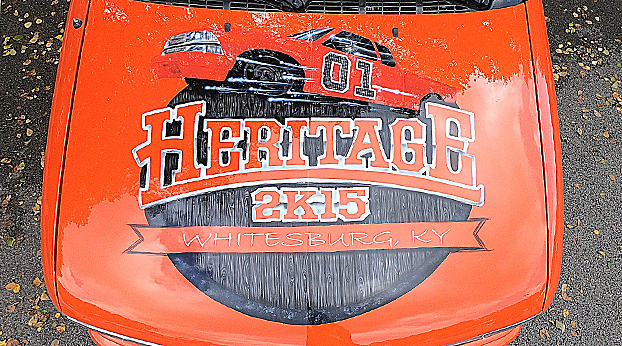 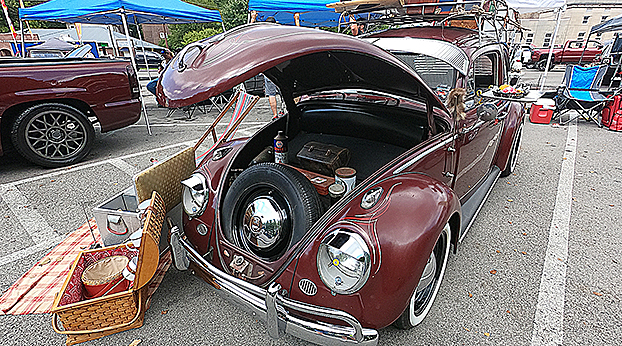 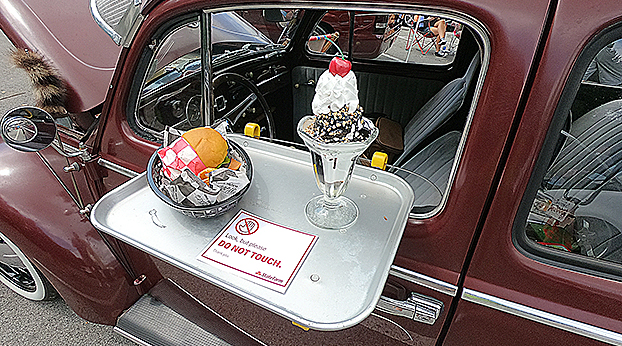 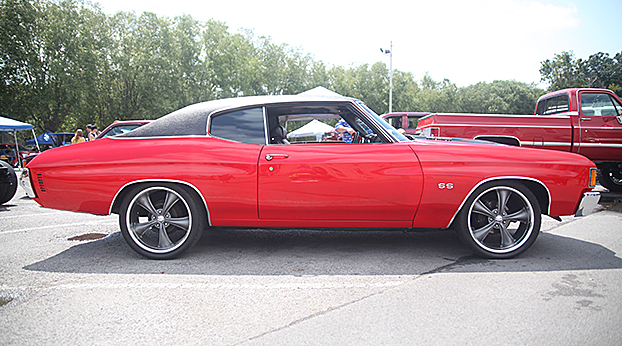 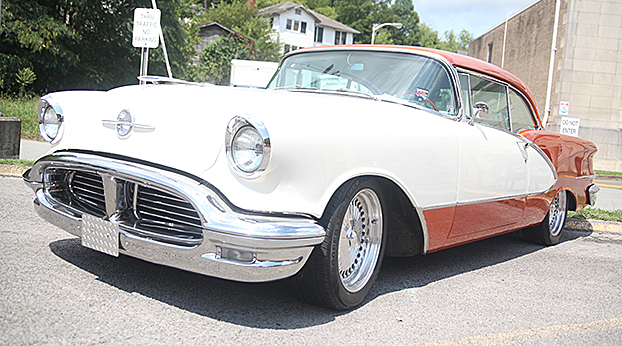 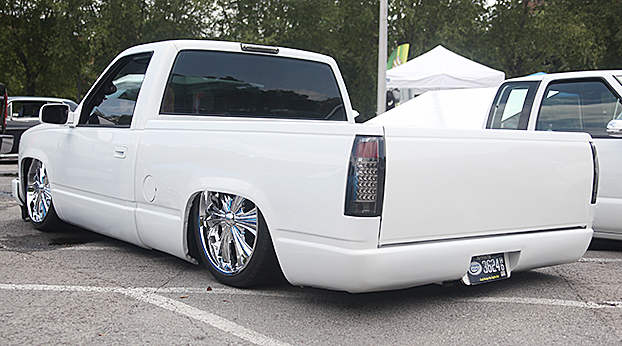 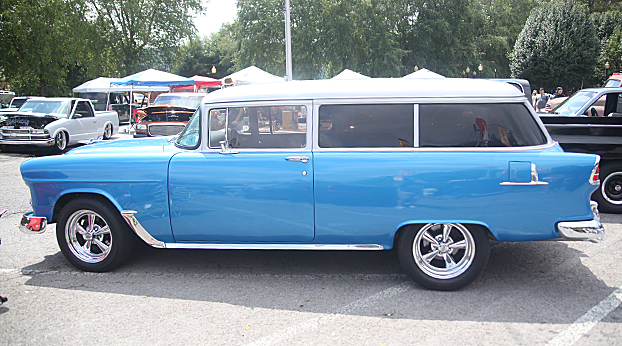 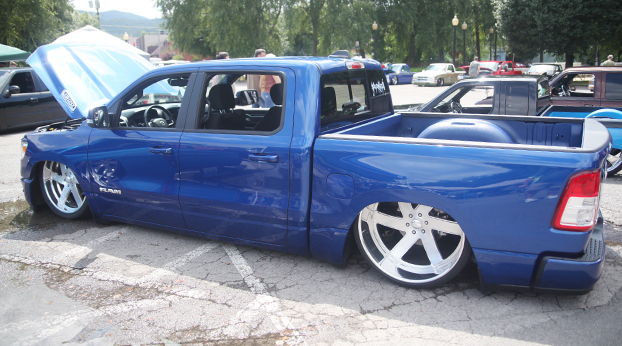 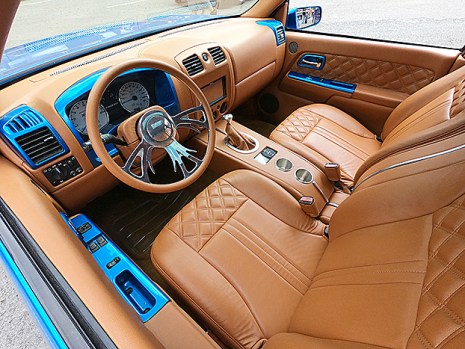 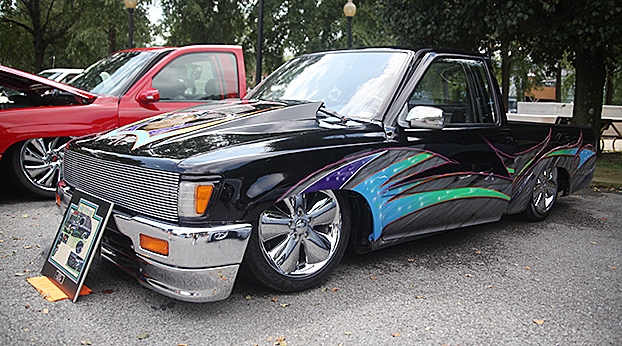 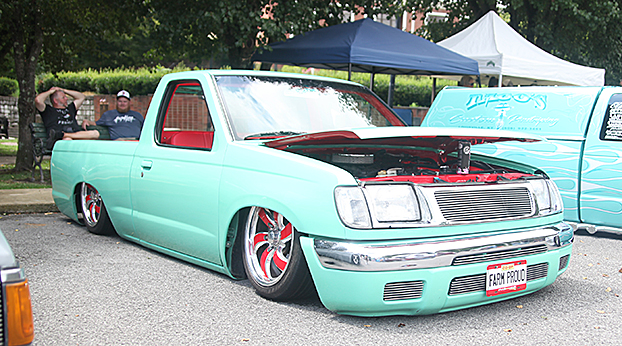 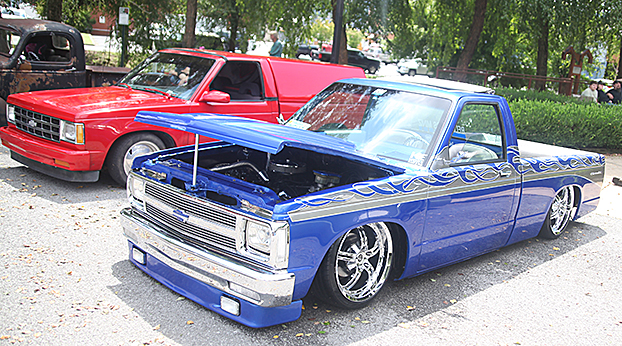 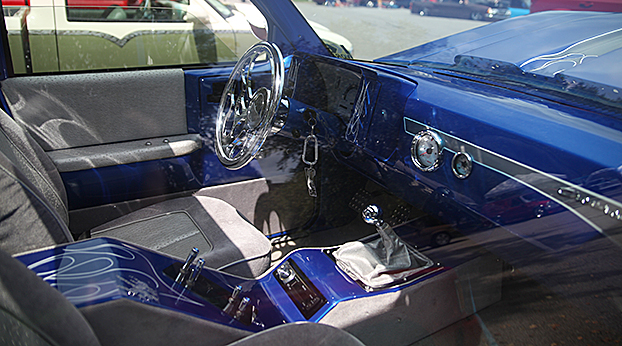 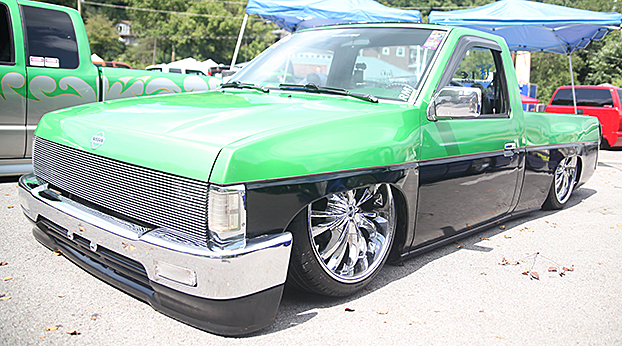 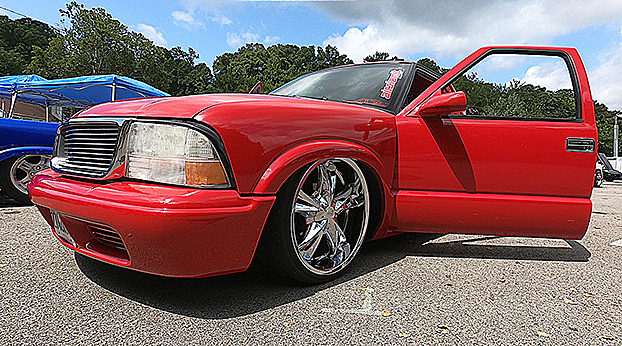 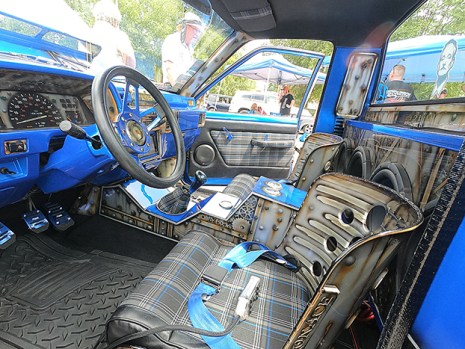 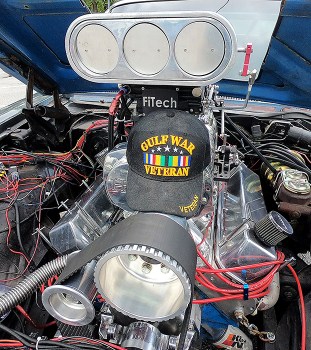 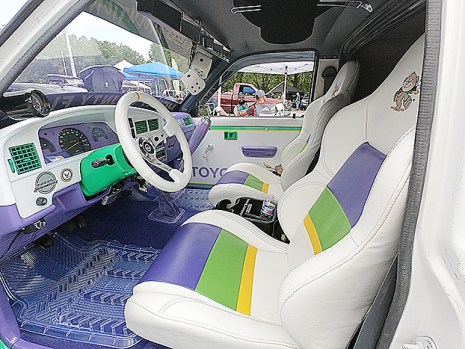 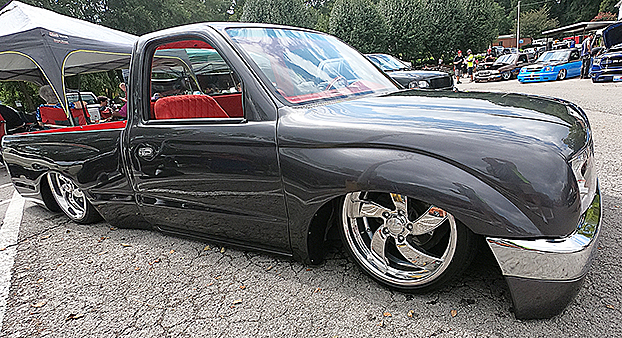 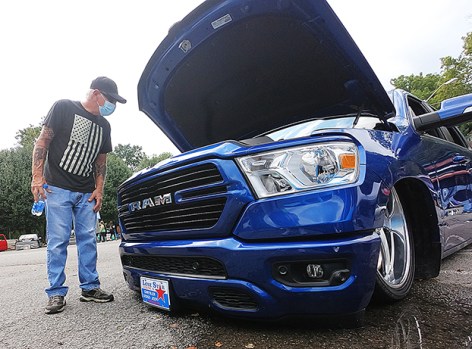 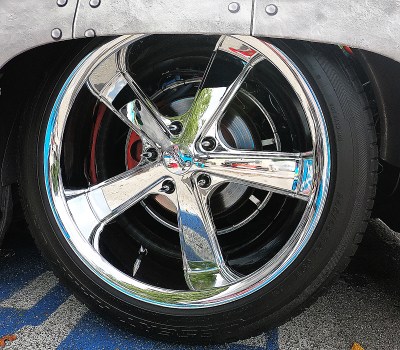 Vehicles from several states made their way to Middlesboro Saturday for Revolution Kentucky 2020. The event is primarily a mini truck show, but also featured other vehicles.

Organizer Steven Tiller said there were vehicles from Tennessee, North Carolina, Virginia, Michigan, Indiana, and Illinois in town for the event, and a total of 85 were registered in the first-ever Revolution Kentucky show.

“With the help from the city we were able to pull off the most successful show to hit the city,” he said.

Some local participants showed off their vintage trucks, including friends Ancil Burke and Carson Evans.

Burke brought his 1970 Chevrolet, and Evans entered a 1969 Ford Ranger.

“I love my truck. I would rather drive this than my new truck,” Evans said of the 1969 Ford.

All vehicles on display were not manufactured by Ford or Chevy. At least one was handmade by Brat Rodz, a tiny, two-person company based in Fancy Farm, Kentucky, which is nearly 400 miles from Middlesboro.

The business is owned by Brad Marshall, and he and his partner build custom mini vehicles for kids. His partner is his daughter, 10-year-old Kinley Marshall, who was proud to announce she will be 11 next week. Kinley’s vehicle was clearly one of the more popular in the show, and she buzzed around the parking lot throughout the day for everyone to get a good look at it.

Brad said he has always been a car guy, but he also has artistic interests. He put the two together in 2015 and started making vehicles.

“Somehow these have become an artistic outlet for me,” he said.

At first he built vehicles for his daughter, and as she outgrew them he began to sell them on eBay. Once he saw sales start, he realized he could build more. He now has a 6-month waiting list for vehicles. He said he has already made five this year, and has four more that will be completed by the end of 2020.

Kinley does more than just drive the vehicles her dad builds, she also helps him build them. Brad said she knows a lot about the process. She even does some welding on the vehicles.

“She’s the most artistic of my three kids, and she’s always picking up stuff, coming up with ideas of what we could do with stuff to make something,” he said.

His goal is to streamline the process even more and have Kinley continue working with him, doing more welding as the two continue to grow the business.

“That would be a dream, to build cars and have my 11-year-old daughter doing welding fabrication,” Brad said.

The vehicle Kinley was driving during Saturday’s show was one of the more crude ones created by Brat Rodz, and Brad said it looks more like a custom rat rod vehicle. It’s made of a wheel barrow and the electric motor off of a mobility scooter.

“It’s just made out of a bunch of crap you’d find in household items. My daddy made it,” Kinley proudly announced.

Other vehicles made by Brad and Kinley are most detailed. Brad said one of his vehicles, which had been decked out in chrome and other details, won a major show at Cardinal Stadium in Phoenix, Arizona. He said the owner had approximately $5,000 in the vehicle.

One of Brad’s specialties is a vehicle made out of old toy cars known as Cozy Coupes, which are usually pushed by parents with their toddlers inside. Brad said he has made about 20 of the vehicles, and he has seen photos of his own work on websites from all over the world.

“Imitation is the highest form of flattery. Photos of my vehicles have been shared tons of times, and I find my photos when searching for kids cars and wagons online,” he said.

As for the future of Revolution Kentucky, Tiller said he definitely has plans to continue the event.

“It’s something that we will do year after year as we grow bigger,” he said. “This type of show is something that takes a lot of effort and time to plan and seeing it come together with our turn out Saturday was just a blessing as we were able to help Vets Serving Vets in this time that we are in today with everything getting cancelled.”