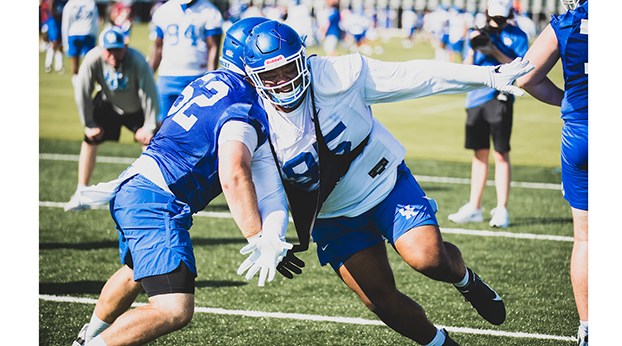 Bohanna one of best interior linemen in SEC

“Quinton and I have had quite a few talks,” White said. “I have very lofty expectations for what he can be for us. I will not shy away from that and he doesn’t want me to. The fact is we need more and I expect more out of him.

“It’s not about having one play or two plays a game that looks good on the highlight film. He’s got to be consistent.”

He has become one of the best interior defensive linemen in the Southeastern Conference. The 6-4, 345-pound Bohanna had 18 tackles last season and has now played in 37 games.

“He does a lot of dirty work for us. He commands a lot of double teams and keeps guys free (to make tackles). It’s just that I expect that and more,” White said. “He can push and hold the point but I want more out of the pass rush from him. He has enough twitch and short area burst to where he can affect the passing game. There will be times when he gets one-on-one and when he does there should be nobody who can block him.”

“Q’s a great athlete for how big he is, he can move, he can do it all. He has great technique with his hands, he can swing over you. He has good hands, good power,” Kinnard said.

UK’s offensive line one of best in SEC this season

By LARRY VAUGHT Vaught’s Views   Kentucky’s offensive line is being projected as one of the best in the Southeastern... read more