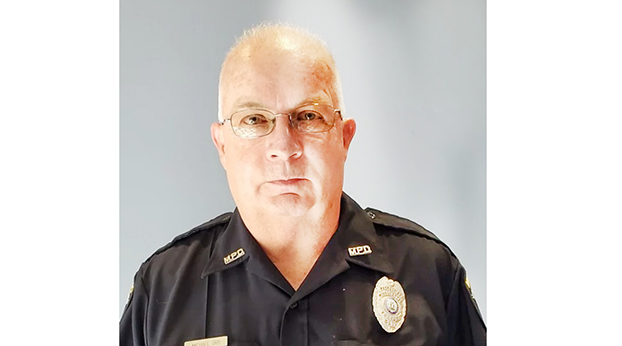 Michael Orr is the new chief of the Middlesboro Police Department.

Orr was named to the position last week, and fills the void left by Tom Busic, who retired at the end of July.

Middlesboro Mayor Rick Nelson said he’s known Orr for a long time, and he and Busic both felt Orr was the best man for the position. Orr worked as a Middlesboro police officer and retired from the department before returning to the force recently.

“Last year, we were a little bit short-handed

on patrol officers, so Chief Busic said Mike Orr might be a good person to help with patrol,” Nelson said. “So we hired him, and I was impressed by his skills. I think he’s a natural at that position.”

Nelson said after returning to the department, Orr was later promoted to captain, a role in which he would be able to gain additional experience in leadership to add to the foundation already in place.

“Chief Orr was a shift commander at one time, so he had some experience in leadership. He knew how to handle men,” Nelson added. “I think he’s going to do wonderful, and he is doing wonderful. He’s a calm guy, and I think the men like him and respect him.”

In addition to Orr being named the department’s new chief, Nelson said longtime Middlesboro officer Lt. Joe Holder was promoted to captain. Nelson said that move is another that will be beneficial to the city and the police department.

“Joe’s been with the department for about 18 years. He and Mike are both good, honest, common-sense law officers. I think that’s a good combination fit for the city of Middlesboro,” he said.

Orr could not be reached for comment as of press time.