Playing through (a pandemic) 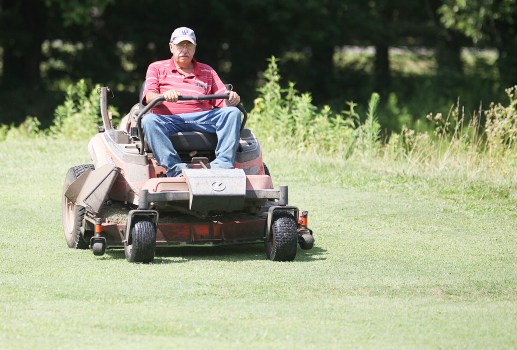 JC Upton is groundskeeper at Middlesboro Country Club, where he has worked for more than 40 years. (Jeff Moreland photo) 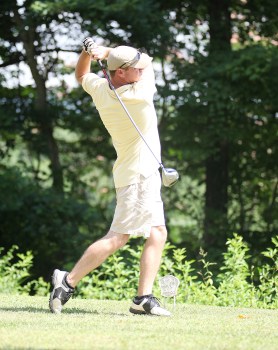 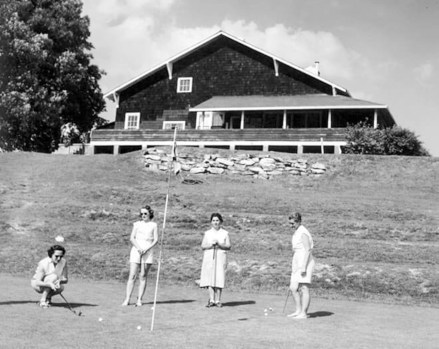 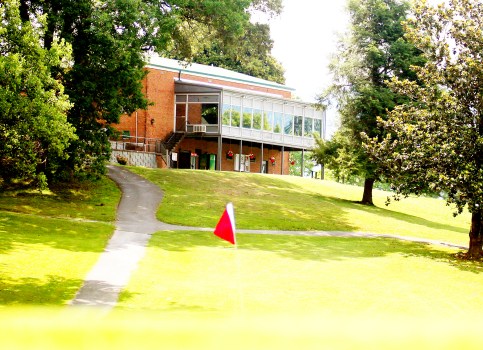 The clubhouse at Middlesboro Country Club, as seen from the green on hole 1. (Jeff Moreland photo)

America’s oldest continually played 9-hole golf course sits at the edge of town. COVID-19 has hit almost every business in communities across the nation, and Middlesboro Country Club is no different. The club opened in 1889, and it continues to do all it can to serve those who enjoy the game, even during a global pandemic.

Ronnie Cox is the pro shop manager, and he said some changes have been made in relation to the virus.

“When it first all come out, we were putting one to a cart unless you were family,” he said. “If you bring your own cart, that’s really out of our control what you do with your own golf cart. But like a husband and wife, a dad and son, they can ride in the same cart. And of course we wipe down and sterilize the carts between every use.”

Cox said when it comes to people entering the building, he tries to meet players at the door when possible.

The club is operated by a five-member board of directors and is owned by stockholders, according to Cox. He said the club has approximately 50 members right now, including individual and family memberships, but it is also open to the public. Cox said that in his opinion, players will be hard pressed to find a better deal on a golf course anywhere.

Unlike most country clubs, Cox said Middlesboro Country Club allows its members to make monthly payments on their memberships.

“We’re probably the only place that will let you do that,” he added.

The future of golf is in younger players, according to Cox, and he said Middlesboro Country Club is seeing more younger players. He said local youth, as well as younger players such as Lincoln Memorial University students are starting to play more golf at the course, and that’s a good thing.

“We’re hoping to grow, and a lot of that growth can come from young players,” he said.

COVID-19 isn’t having a great financial impact on the actual golf played at the course, but it has affected some of the events traditionally held at the club. Cox said ballroom parties and wedding receptions, which are usually a big part of the spring and summer, have been forced to cancel due to the pandemic.

“That’s what’s really hurt us, but the golf has been really good,” he said. “People have to have something to do or they’re going to go crazy. The virus is bad, but you can’t stop living your whole life. You just can’t.”

Weather took a toll on the course last year, but hard work this year is paying off, according to Cox, and things are shaping up again. He said heat and other weather damaged the greens last year, but, “We’re working our tails off to get them back.”

Part of that work is done by JC Upton, the club’s longtime greenskeeper.

“JC takes care of things around here. He’s 75 years old, and there ain’t no young man who can keep up with him,” Cox said. “He’s awesome. He’s the heartbeat of the course. What he does, we couldn’t find nobody else to do.”

Upton said he’s been at the club for about 40 years now as groundskeeper and superintendent. He retired after 36 years on the job, but after they had trouble finding anyone to replace him, the club just called and asked him to come back. And he was glad to do it.

“After about two years, it kind of got in bad shape, so they come back and got me,” Upton said. I wanted to go back to work anyway. I was painting houses and everything when I retired. But I enjoy it, just being out here in the open.”

For Cox, keeping the course going strong includes “doing more,” and that’s exactly what he said they are trying to do. On the course, he said there are weekly scrambles each Tuesday night, and off the course, meals are being offered to the public.

“We’re trying to make it. We’re doing dinners every other Friday night. We have a lady who comes in and cooks for us,” Cox said, adding that the most recent meal was pot roast, and, “It’s delicious.” He said there are tables for families, but meals can also be carried out and taken home. Information on the meals is available on the club’s Facebook page.

Another possible option for the country club in the future will be taking advantage of the recent vote to make the city of Middlesboro “wet.” Cox pointed out that the club already has a room that is set up to be a bar, and he pointed out that many country clubs have a bar and offer drinks.

For now, the club will continue to do all it can to keep the course safe from COVID-19 for players, and that will include managing the carts and keeping an eye on requirements, including the recent order by Gov. Andy Beshear for people to wear masks in public.

“We’re just going to have to think about what’s going on and sort of see how we’re going to do it,” Cox said. “This (golf) is about the only thing left people can still do, and not be scolded over it, of course.

“We’re a small club, and we don’t have the state backing us or anything like that. There’s no homeowners association, so we just do the best we can. We’re going to do more, it’s just a matter of when this stuff goes away and we can do more.”