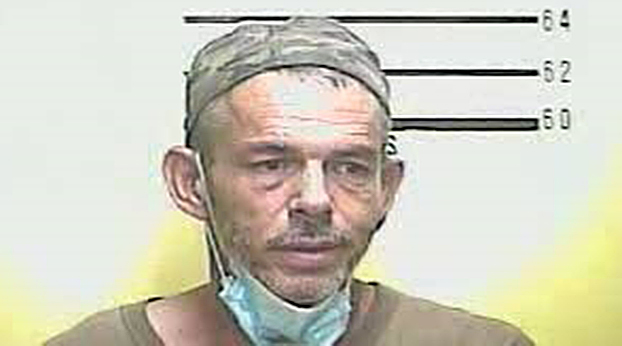 Assistant Pineville Police Chief Curtis Pingleton had an exciting morning, and perhaps a little more exciting than he would have liked.

Pingleton said that around 9 a.m. Friday, a man went into First State Bank of the Southeast. He said the man was doing banking business, but when he started out of the bank, the keys were still in the door lock, and the man grabbed the keys and locked the door behind him.

The man was identified as Anthony Overton, 48, of Newville, Ohio.

“He just takes the keys and starts walking toward 25E,” Pingleton said. “I caught him around 25E and Pine Street. When I confronted him, I asked him if he had any weapons or anything that would stick me. I was thinking of needles. He said, ‘I got something that will stick you,’ and he pulled a screwdriver out of his pocket.”

At that moment, Pingleton said it was simply a reflex that enabled him to stop the attack. As Overton stabbed at him with the screwdriver, Pingleton said he defended himself with his right hand.

“It came from his left side, and I used my right hand to catch it and take it,” Pingleton said, adding that it all happened pretty quickly.

“I saw it coming and didn’t think about it. I was lucky actually. There was just somebody watching over me today, I guess,” he said.

Overton was lodged in the Bell County Detention Center and is being held on charges of theft by unlawful taking under $500, terroristic threatening 3rd degree and disorderly conduct 3rd degree. According to the detention center’s website, there is currently no bond listed for Overton on any of the charges.