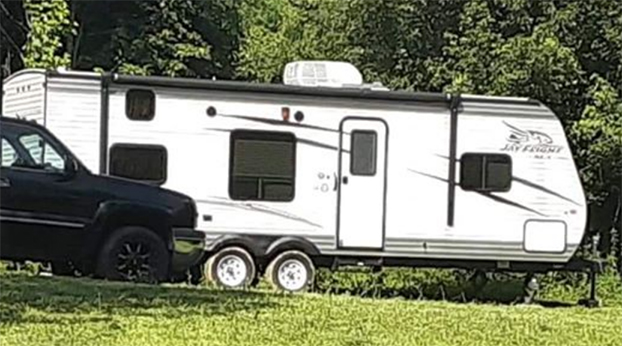 According to the post, on Sunday, July 12, an unidentified individual stopped Foster and reported that they believed there was a stolen camper on Dunlap Hill Loop Road. Foster then traveled to the location and found the camper there. After running the license tag, he confirmed it was the trailer that had been reported stolen. The Claiborne County Sheriff’s Department was then contacted to speak to two individuals living in the camper, where he discovered a male and female inside. The two were identified as Josh Goins, 27, and Rhonda Seigler, 31, both of Middlesboro. The two stated that they had bought the camper from a man and woman around midnight on July 12 for $900.

Quality Towing removed the camper from the scene. Goins was arrested for seven outstanding bench warrants unrelated to the theft of the camper. He was lodged in the Bell County Detention Center.