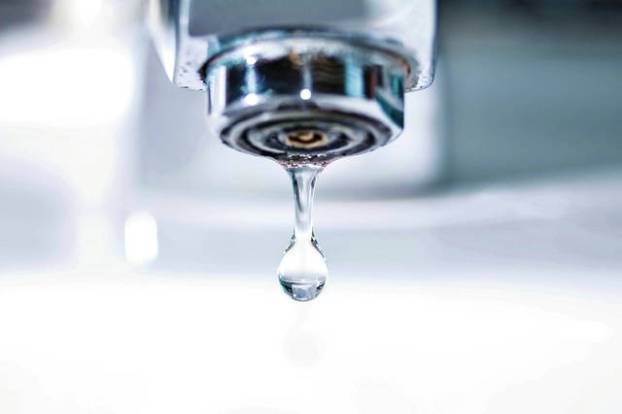 Water rate increase expected to go in effect in December

Any increase in water rates for Middlesboro residents will likely come near the end of the year, according to Steven Lubertozzi, president of the Water Service Corporation of Kentucky.

“As it sits right now, we anticipate rates becoming effective Dec. 1, 2020,” Lubertozzi said, adding that his company expects a hearing on the proposed increase to take place sometime in November, although no date has been set at this time.

Lubertozzi said his company, which is a private company with operations in 19 other states, doesn’t want to increase rates, but added that increases are driven by investments made by the company to provide services to its customers.

The requested rate increase is not for future projects, but for work that has already been done to improve water service to customers, according to Lubertozzi.

“These improvements are improvements we’ve already made. That’s replacing infrastructure, like mains that have been replaced already, and preventative maintenance that we’re doing to the well, so there’s water that we have that we store in the storage facilities. We have to inspect those tanks to make sure they’re not corroding from the inside or the outside. There’s preventative maintenance you have to do. The investments that we’re receiving now, we’ve already made,” he said.

Continued investments are vital, especially during times such as the COVID-19 pandemic, according to Lubertozzi.

“The investments in the capital, in the communities, are important, certainly during COVID-19.

We issued a press release that said we’re not going to disconnect any customers for non-payment, and we actually went out of our way and reconnected any customer that had been previously disconnected,” he said. “We wanted to make sure all of the customers we serviced here in Kentucky and elsewhere had access to water, to make sure they could wash their hands and do those things that were needed during the pandemic.”

Lubertozzi said the process of making the proposed rate increase a reality will consist of the Kentucky Public Service Commission performing an audit, in which the commission will ask questions of his company. The company will be asked to prove the costs or show that revenues prevented are correct, as wells detailing what types of investments have been made into the water system. He said the public service commission will then review the answers through its audit team.

The increase currently being sought by the WSCK is approximately 38 percent, and it is the second consecutive year an increase has been sought. Lubertozzi said the commission typically does not deny a company’s request for an increase, but instead it will determine if the proposed amount is approved.

“I’ve testified in Kentucky many times. Denied is probably not the right word to use. They will review the expenses and capital the company has invested in the system. They typically don’t deny the rate increase; they might disagree, they might say you had something when it was expense and should have been capitalized, or you had something capitalized that should have been expense, and that changes the whole rate framework. Typically they have reduced the amount of revenue that companies have asked for, but they typically don’t just come out and deny the rate increase. It doesn’t mean they couldn’t, but just historically they haven’t,” Lubertozzi explained.

Asked about the amount of the rate, he said there is no ‘normal’ amount for an increase, and the amount is based on the investment a company needs to make. He said a large investment is made over a small group of customers, “then the rate increase can be very high.” Conversely  he said a relatively small investment over a broad base of customers can offset the increase and keep it low.

“There is no norm. Some systems might need more investments than others, and that’s what drives it,” Lubertozzi added.

He said his company has made an effort to help its customers, especially those who may struggle financially, and hopes are that the public service commission will approve what the WSCK is calling a “lifeline rate” to help those in need.

“We included a low-income customer rate. We think that might be one way to help alleviate some of the pressures that some of these customers are facing during these tough economic times,” he said. “Now, that’s just our proposal. The commission has the ultimate say-so on that. We’re just proposing that to have a lower volumetric rate for some customers that would qualify, that fall below the poverty line. It could provide them some relief from the rate increase that we are seeking.”

Will this be the last rate increase requested by the company? Lubertozzi said he often hears similar questions when speaking with customers.

A traffic stop for a vehicle with expired platesTuesday night turned into a much more exciting event for Bell County... read more