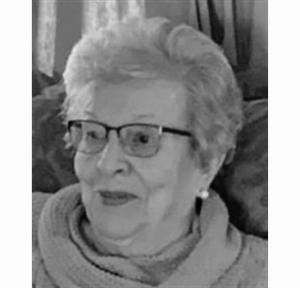 Cosette Carter Parker, age 92, passed away June 21, 2020 at Mustang Creek Estates in Allen, Texas. Originally of Knoxville, Tennessee, Mrs. Parker was married to her beloved husband and partner, Wyatt Parker, until his death in 2008. Together they served as missionaries to Brazil, worked as partners in church leadership, and raised 4 children. Mrs. Parker taught music in public schools in the US and taught in Brazil at the Colegio Batista in Sao Luis, Maranhao, in the Baptist Conservatory of Music in Fortaleza, Ceara, and in the Baptist Theological Seminary in Rio de Janeiro. She was church organist and pianist in many churches, as well as a singer and choir director.
She is preceded in death by her husband Wyatt Parker of Knoxville, Tennessee, and her parents Newell and Vera Carter of Pigeon Forge, Tennessee. Survivors include her brother, Charles (Chuck) Carter of Asheville, North Carolina, and her children, Christine Baker (Darrel) of Richmond, Virginia, Rebecca Eck of Plano, Texas, James N. Parker (D’Ann) of Farmersville, Texas, and John W. Parker (Beth) of Middlesboro, Kentucky. She was also loved by 13 grandchildren, 24 great-grandchildren and one great-great grandchild. The family celebrates the legacy of deep love, abiding joy, and faithful care which she exemplified, along with her willingness to face any change or challenge with the assurance of finding joy in new opportunities. Her love for God, for service in the church, and to the world were the guiding principles of her life, and she treasured deep friendships across the United States and Brazil.
The family extends appreciation to the staff of Mustang Creek and of Alta Hospice who provided invaluable support in her final days. Arrangements are being made through Ted Dickey West Funeral Home, Plano, Texas. In lieu of flowers contributions in her memory may be made to the Love Kitchen in Knoxville, Tennessee. A graveside service will take place in Knoxville at a future date.
Shumate Funeral Home is honored to serve the Parker family.