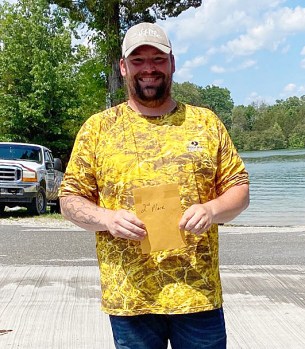 Ronnie Carrie and his son Jason (not pictured) won second place and a $500 prize. (Photo submitted) 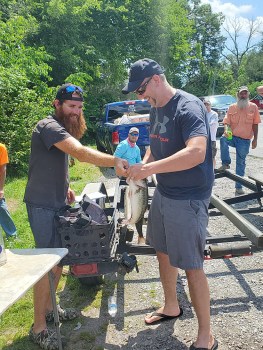 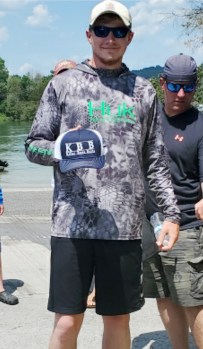 This lucky door prize winner was proud of his fishing hat. (Photo submitted) 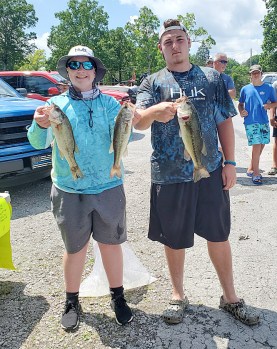 These fishermen show off their catches (Photo submitted) 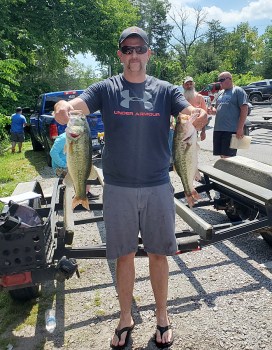 This fisherman shows off his catches. (Photo submitted)

On Saturday June 6, many fishermen gathered at Brogan’s Hollow to fish in the inaugural Middlesboro Police Department Bass Fishing Tournament. At daylight, the boats took to the water looking to win the $1,000 grand prize. After a gorgeous day on the water, all of the fishermen returned to the starting point to weigh in. Paul Napier and his grandson Zack Napier placed first and earned $1000 with their beautiful bag of fish. Paul also won the big fish money pot with a 4-pound 9-ounce largemouth bass. Ronnie Carrie with son Jason earned second place winning $500. Third place did not leave empty handed, as Matt and Rob Beeler won $300.

There were several door prizes given away at the end of the tournament; these items were donated by our sponsors who made this event possible. Officers Barnes and Johnson were extremely pleased with the turnout. The money raised will be split, with one half funding equipment for the department, and the other half will be used in the department’s Cops for Kids program. The officers said the event would not have been possible without the great sponsors and the fisherman who participated in the event. They are excited about making this a yearly event and seeing it grow over time.