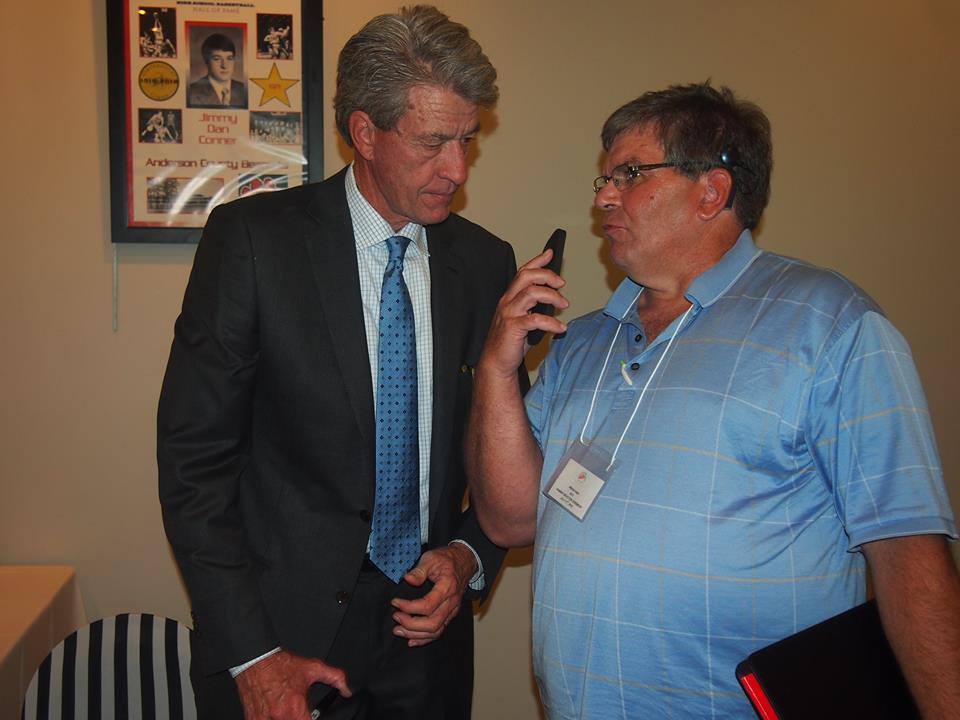 Who was the most competitive, toughest player that former Kentucky All-American Kevin Grevey played with or against in college?

If you are a long-time Kentucky basketball fan, the answer won’t surprise you.

“No one from Anderson County would be surprised by this (Conner’s toughness). What you saw at UK was what we saw for four years prior (in high school),” John Herndon, former sports editor of the Anderson County News.

Grevey and Conner were seniors on the 1975 team that lost 92-85 in the national title game to UCLA in coach John Wooden’s last game. Grevey had 34 points and five rebounds in the game (he was 13 of 30 from the field) while Conner had nine points on 4-for-12 shooting, six assists, five rebounds and two steals.

Of course, that 1975 team upset No. 1 and unbeaten Indiana to get to the Final Four in one of Joe Hall’s biggest wins at UK.

Fan Paul Corio of Lexington believes Conner’s toughness was a big reason UK got to the Final Four.

“Conner set the tone for that game when he came out playing furious, physical defense against the Indiana guards,” Corio said. “Actually, down the stretch that season, the entire team was playing tenacious defense, with Conner and Bob Guyette being the leaders in toughness and physicality.”

Conner went on to play one season in the ABA for the Kentucky Colonels after turning down a chance to play in the NBA for Phoenix (he was the 18th overall pick in the 1975 NBA draft).

“He was tough in practice and games,” Grevey said. “He was our enforcer. In college nobody wanted to tangle with Jimmy Dany Conner. He would have won a fistfight with anybody.”

Herndon remembers one other historical note connected with Conner during his recruitment by legendary UK coach Adolph Rupp.

It was Conner’s senior season when Anderson was hosting Woodford County — which was coached then by Don Lane, the long-time coach at Transylvania.

“The place was jam-packed. Of course, every game, home or away was packed,” Herndon said. “Adolph Rupp had decided to come watch him play and he got there late. They stopped the game so coach Rupp could be seated.

“Several years ago I was in Conner’s office and he was laughing about that incident but, if I remember correctly, coach Rupp told him that was the last high school game he ever saw.”