McConnell sees more to accomplish if elected to another term 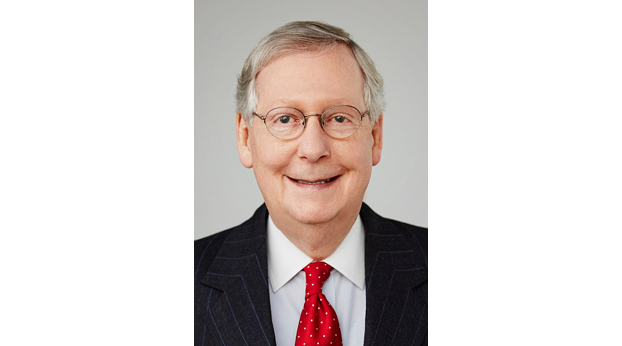 Mitch McConnell has represented Kentucky in the United States Senate since 1984, the longest-serving senator from Kentucky in history. However, the U.S. Senate Majority Leader said he has more to accomplish as he seeks re-election for the sixth time.

“I’m proud of my record serving Kentucky, but there is much more work to be done,” McConnell said. “At the top of my list is to continue creating opportunities for Kentuckians. During the Obama years, our state saw a great deal of change when it comes to job availability. I’ve steered hundreds of millions of federal dollars to the parts of Kentucky that have seen a decline in job opportunities, such as our mining communities, to help spur economic development in these areas.

“Today, many Kentuckians from all parts of the commonwealth are struggling with the devastation brought on by the COVID-19 pandemic. I will continue to build on the success of the CARES Act and the $11 billion it’s delivering across the Bluegrass to restore the economy for every county in Kentucky.”

McConnell also pointed to the opioid crisis and federal judge confirmations as other issues he wants to focus on if re-elected to another term.

“Another piece of the ongoing work I hope to continue on behalf of Kentucky is combating the opioid epidemic,” McConnell said. “As Senate Majority Leader, I’ve prioritized federal resources to fight the opioid epidemic by increasing federal funding for the response, and most recently I led the passage of a landmark legislative package to aid this fight.

“Helping Kentuckians in recovery get back to work has been one of my top priorities, and that landmark legislation included a provision I authored that helps do that by supporting Kentuckians throughout every step of recovery. The opioid epidemic has ravaged our communities, and I’ll work to ensure every tool is available to help people transition from addiction to recovery and back to the workforce.”

When it comes to federal judge confirmations, McConnell said his motto over the past year has been “leave no vacancy behind,” and he plans to continue that if he is re-elected.

“We’re filling these judicial vacancies with talented and fair-minded individuals who respect the role of judges to interpret the law and the Constitution, protecting our nation from those who wish to erode our American principles,” McConnell said.

While McConnell, who is 78 years old, has served in the U.S. Senate for 36 years, he said there was no doubt he wanted to seek another term in office.

“Of the four Congressional leaders, I’m the only one of those four not from New York or California, which means I’m able to help Kentucky punch above its weight in Congress,” McConnell said. “When we’re discussing how to create jobs across the country, I shape the policies to ensure they create jobs right here in Central Kentucky and beyond.  Because Kentucky needs Kentucky solutions, not California solutions.”

McConnell said one of his proudest moments as a U.S. Senator has been the recent passage of the CARES Act, the coronavirus relief bill passed earlier this year that provided economic relief for citizens negatively affected by COVID-19 and also provided much-needed funding for businesses that took an economic hit from the pandemic, as well as hospitals.

“The Senate has had to respond to a number of crises during my tenure, including responding to the 9/11 terrorist attacks and economic recession,” McConnell said. “I am extremely proud of how the Senate rose to the occasion to respond to each of these crises, and I am especially proud of how we are responding to the coronavirus pandemic. We began the year doing the most partisan, divisive thing imaginable in impeachment. We overcame our difference to meet this challenge of the coronavirus. That says a lot about the United States Senate as an institution and the willingness of each Senator to put aside our differences to do something our country badly needed by passing the CARES Act, which I authored and led to unanimous passage.”

McConnell said another coronavirus rescue bill will likely be needed, with this one focusing on jobs and children. McConnell noted that helping schools to reopen is a crucial step in reviving the economy.

“Another rescue bill is likely and we intend to look at where funds have already been spent and where more help is needed,” McConnell said. “The next rescue package must focus on jobs and kids because reopening our schools is a critical piece of getting our economy fully back to life and getting folks back to work. Any future legislation must include liability protections for businesses and hospitals because they can’t function again if they’re worried about an army of lawyers waiting to hit them with a second pandemic in the form of lawsuits. Liability protection is a red line for me, so those will surely be included in any future rescue bill.”

McConnell also touched on the recent civil unrest in the United States, including his hometown of Louisville. He said that Americans need to come together once again like they did in the beginning of the pandemic in response to this civil unrest.

“There is great pain and unrest in our nation at this time,” McConnell said. “As Americans, we’re beginning a path to recovery from the coronavirus, and we are now grieved and horrified by the killings of African-American citizens across the nation. Our nation cannot deafen itself to the anger, pain, and frustration of black Americans.”

McConnell said that he believes in the right to protest, but many of the actions during protests across the country have no place in society.

“Free speech and peaceful protest are central American liberties,” McConnell said. “However, looting, rioting, assault, and arson are violent crimes that have no place whatsoever in our society. Just as countless Americans came together and inspired many during the coronavirus crisis, we must come together once again. This time, we must build constructive paths forward between law enforcement and affected communities. We have real work to do, and we will only succeed if we stand united.”