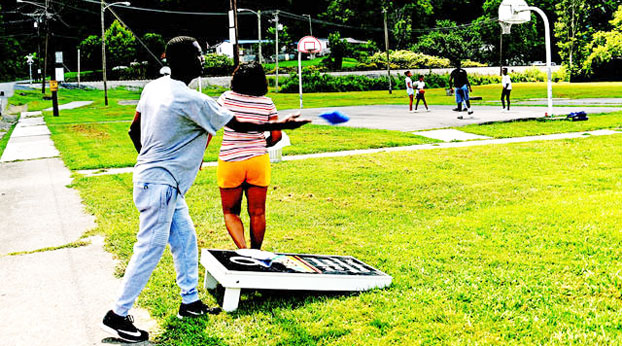 The Kentucky Recreation and Parks Society submitted a comprehensive plan last week to Gov. Andy Beshear that lays out a timeline for resuming an array of sporting, exercise and other parks activities across the commonwealth.

Following the same process other industries have used to re-open safely during the COVID-19 pandemic, the Kentucky Recreation and Parks Society submitted a comprehensive plan last week to Gov. Andy Beshear that lays out a timeline for resuming an array of sporting, exercise and other parks activities across the commonwealth.

“A KRPS-led task force spent weeks writing this plan, and I think we have come up with an excellent set of science-based recommendations that will allow our parks and recreation departments to mostly if not fully re-open in a way that protects patrons and employees alike,” KRPS Executive Director Terri Wilkerson said. “In short, we’re applying the Healthy At Home approach to our ballfields, our swimming pools, our gyms and our playgrounds. We have the same goal as everyone: To get back to some sense of normalcy as quickly and as safely as possible.”

She noted that parks departments have already played a vital role during the pandemic through the green spaces and trails they maintain. “Our parks professionals have also assisted with food programs, virtual programming, emergency management and by helping first responders and healthcare workers with such things as childcare,” she said. “This task force report is a blueprint we can use to do even more for the communities we proudly call home.”

Wilkerson said the report relied on a variety of resources, including surveys and professional input from more than 80 parks and recreation departments in Kentucky. Other information was gathered from such well-respected organizations as the National Recreation and Park Association, the CDC, the Kentucky High School Athletic Association, the United States

Tennis Association and the governing bodies for other major sports. Re-opening plans were also compiled from other states’ parks departments and their KRPS counterparts.

The task force sets July 1st as the date to begin implementing the plan, starting with baseball and softball. “While we are obviously late in the year, it’s still important that we have a period of conditioning,” she said. “We think two weeks of practicing will give teams the time they need to organize and prepare. After that, we would see the first round of games being played locally, and then gradually move to more regional play. Crowds would need to be limited and properly spaced so they always stay in accordance with statewide recommendations for large groups.” She said soccer and other youth sports activities would follow the same timelines and procedures. However, competitive swimming and outdoor basketball would be last to resume, because both carry the most risk of spreading the coronavirus and are among the hardest to monitor. “We also recommend delaying the opening of our playgrounds to the fall for the same reason,” she said. “Swings, slides and other high-touch surfaces are difficult to disinfect, and children have a hard time keeping their distance in those settings.”

Wilkerson said these plans could be scaled back should there be a rise in COVID-19 cases. “We also ask the public to be patient, because like most areas of government, our parks and recreation departments have seen our budgets slashed in recent days, some by a third to half. As always, we will do the best we can with the resources we have, but the hope is that our budgets will rebound quickly. We must not forget that our departments contribute nearly $1 billion to the economy each year and provide countless memories while promoting a healthy lifestyle.”

While a phased reopening of the economy is taking place across the state, the desperate need for reliable, high-speed internet... read more