UK has plenty of linebackers in NFL 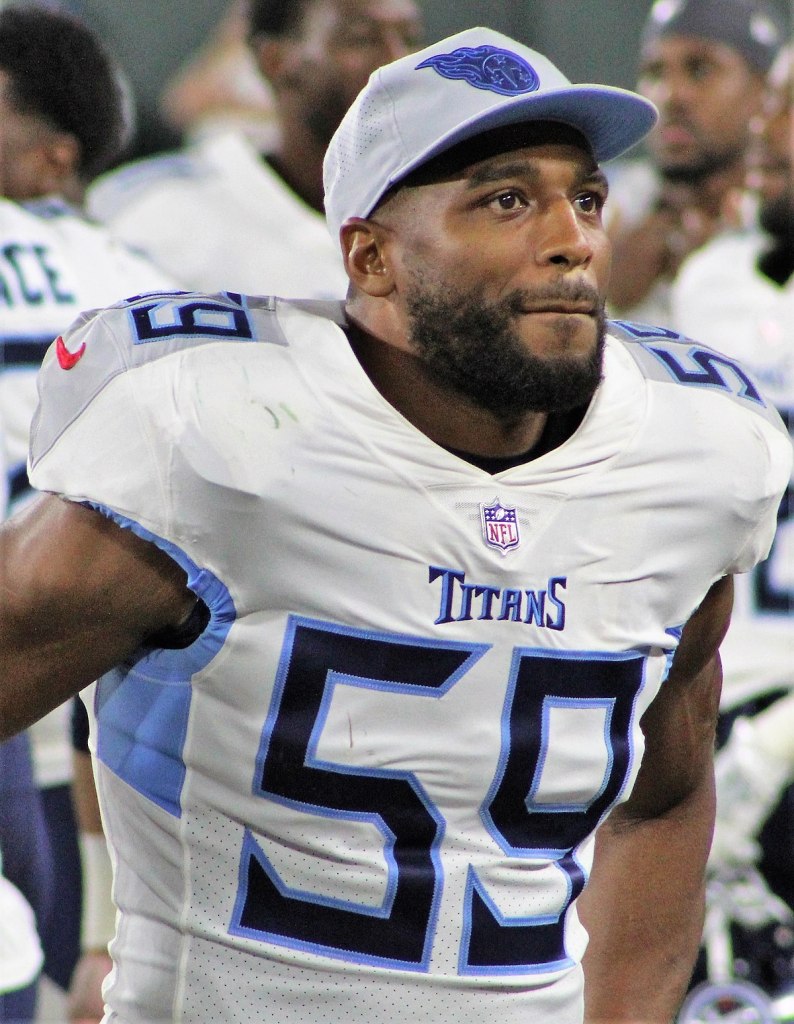 Linebacker Wesley Woodyard far exceeded his athletic ability with his productive career not only at Kentucky but also in the NFL. (Tennessee Titans Photo)

If former Kentucky assistant coach Chuck Smith decides to watch a NFL game, there’s a decent chance he might see one of the linebackers he coached at Kentucky playing.

“It is pretty cool when you do see one of them  playing,” said Smith, who is also a former UK linebacker.

One of his former players, Danny Trevathan, was just selected for induction in the Kentucky Athletics Hall of Fame. He was a two-time All-American and led the Southeastern Conference in tackles in 2010 and 2011 when he had an 287 tackles along with six quarterback sacks, four interceptions, nine forced fumbles and one fumble recovery. He’s been just as successful in the NFL playing first with the Denver Broncos and now the Chicago Bears.

“Danny was really fast but he was also very self driven his whole career,” Smith said. “He really knew how to use his speed.”

Smith also coached Bud Dupree, who just signed a one-year, $16 million deal with Pittsburgh; Wesley Woodyard, an undrafted free agent in 2008 who has over 950 career tackles with Denver and Tennessee; Avery Williamson, who has played with Tennessee and the New York Jets; and Micah Johnson, who has played in the Canadian Football League since 2011 after brief stints with four NFL teams.

“Danny was probably the most instinctive of all of them,” Smith said. “He could see things before they happened. Then he was such a headhunter and nasty guy. He really wanted to hurt you when he hit you.”

“He was a lot like Wesley in terms of focus, self motivation and determined to be the best he could be,” Smith said. “Just like Wesley when it came to work. They worked harder than everybody else and it paid off.

“I think Wesley far exceeded expectations anybody had for him. When you know Wesley, what he has done is not a surprise but athletically he has far exceeded his athleticism because of his work. It’s incredible for someone his size to have done what he has and to be in the NFL so long.

“Wesley was just smarter than everybody else and worked his craft like nobody else. He made himself into a great player through brains and his work ethic.”

Smith doesn’t talk to any of his former players regularly because he does not want to bother them. He texts some with Woodyard and talks to Williamson occasionally.

“I don’t hear from Danny and Bud as much but I follow them and keep tabs on them all. I am really proud of all of them,” Smith said.