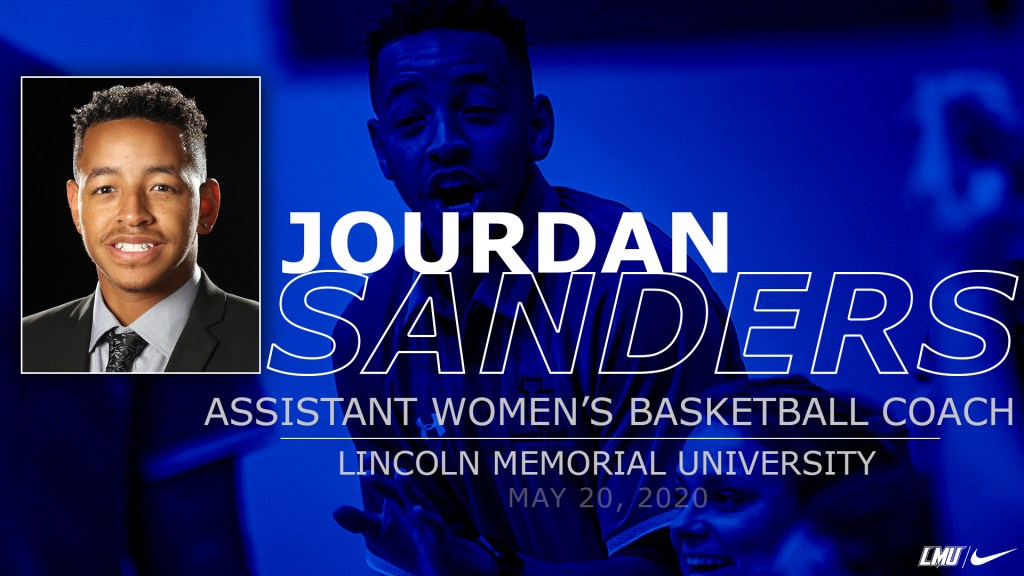 Sanders arrives in Harrogate after spending the past two seasons at fellow South Atlantic Conference member Tusculum University, including one season as an assistant coach and one season as a graduate assistant.

“Jourdan Sanders is a tireless worker and one of the most well rounded assistants I’ve ever had,” Carter said. “Watching him grow as a leader and a coach over the past few years has been remarkable. He has the blue collar, no excuses mentality that our program will be built on. He is super reliable and will be a great addition to LMU. He is a rising star in this profession.”

In his second season in Greeneville, Sanders helped the team to a 24-8 overall record and their first  South Atlantic Conference tournament championship since the 2010-11 season, as well as the first  NCAA Southeast Regional appearance since the 2011-12 season.

As a graduate assistant, Sanders assisted with individual skill development of all players, helped with scouting and pregame preparation, and organized summer basketball camps at Tusculum.

Sanders graduated from St. Andrews University in 2018 with a Bachelor of Arts in Sport and Recreational Studies, and received his Master of Business Administration from Tusculum this past December.