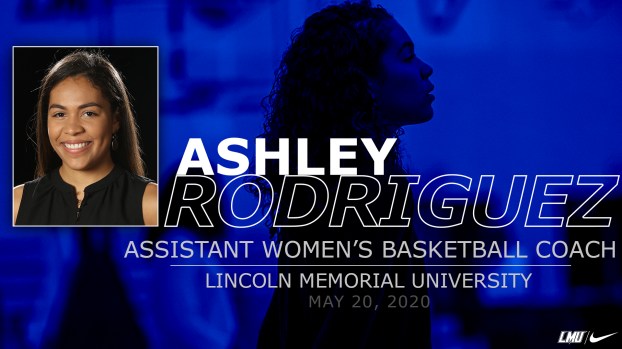 “Ashley Rodriguez is one of the most competitive people I’ve ever been around,” Carter said. “Having coached against her in the league, I was always a fan of her competitive nature and her ability to lead. She is a great recruiter, and someone who will be a huge asset to our program. She is mature beyond her years, very passionate about the details, and will be a phenomenal role model for the young ladies in our program.”

In her lone season in Greeneville, Rodriguez helped the team to a 24-8 overall record and their first  South Atlantic Conference tournament championship since the 2010-11 season, as well as the first NCAA Southeast Regional appearance since the 2011-12 season.

Prior to her time at Tusculum, Rodriguez was a four year player at Lenoir-Rhyne, where she helped lead the team to a South Atlantic Conference tournament semifinal as a senior. She was also their top three point shooter as a junior.

Rodriguez graduated from Lenoir-Rhyne in 2019 with a Bachelor of Arts in Human and Community Service, and is currently pursuing a Master of Business Administration from Tusculum.