2020 Boston Marathon Cancelled For 1st Time Ever; Will Be Staged Instead As Virtual Race 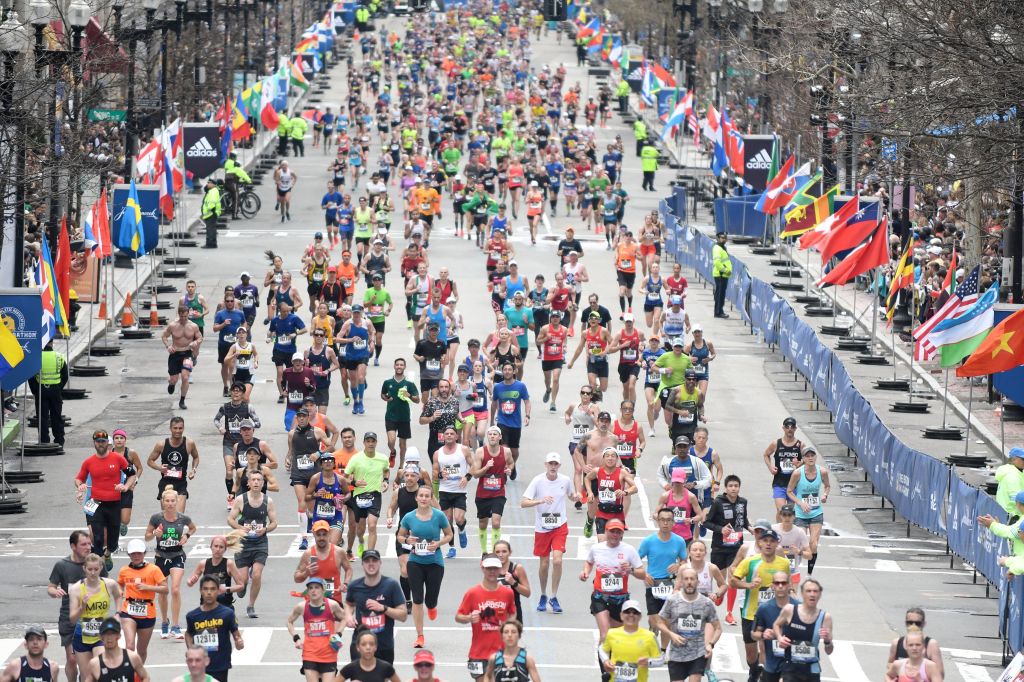 World War I didn’t stop it.

But in 2020, for the first time in its 124-year history, the Boston Marathon will not be staged as an in-person event due to the coronavirus pandemic.

The 2020 race, which had initially been scheduled for April 20, was rescheduled to September 14, before Boston mayor Marty Walsh and B.A.A. CEO Tom Grilk announced its cancellation. It will instead be staged as a virtual event.

“The Boston Athletic Association, with our input and support, has determined the traditional one-day running of the Boston Marathon is not feasible this year for public health reasons,” Walsh said. “There’s no way to hold this usual race format without bringing large numbers of people into close proximity. And while our goal and our hope was to make progress and contain the virus in recovering our economy, this kind of event would not be responsible or realistic on September 14 or any time this year.”

Any registered participant in the 2020 Boston Marathon will have the opportunity to have their full entry fee refunded. All qualifying times for the 2020 race (the window opened September 15, 2018) can be used to qualify for next year’s race. Registration for the 2021 Boston Marathon, scheduled for April 19, will open in late September 2020.

The coronavirus pandemic has wreaked havoc with the 2020 World Marathon Majors schedule. The Tokyo Marathon was held as an elite-only race on March 1, and Boston has been cancelled. The Berlin Marathon has announced that it can not take place as planned on September 27th, but has not announced a final decision on whether it may be held. The London Marathon was rescheduled from April 26 to October 4, but its status remains up in the air.

“At this point, we cannot be certain if the event can go ahead or, if it can, in what form it can take place,” race director Hugh Brasher wrote in an open letter last week.

Instead of an in-person race, the BAA will stage a virtual Boston Marathon, which participants can complete any time between September 7-14. Anyone who finishes in under six hours will receive a race T-shirt, bib, and finisher’s medal. Times in the virtual event cannot be used to qualify for the 2021 race.

Discuss this development on our world-famous messageboard:

Note: An earlier version of this article said the 2020 Berlin Marathon had been cancelled. That is incorrect. The latest on Berlin is here.