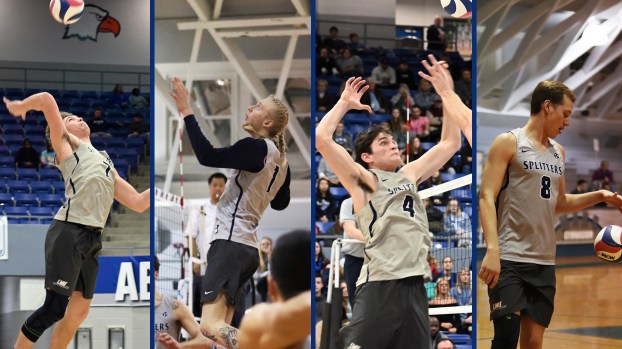 Players were nominated to the national team by their coaches and selected based on their collegiate rankings.

Training plans for the team are on hold while the U.S. deals with the COVID-19 global pandemic.

Kerley, a native of Penn Valley, California (Nevada Union HS), is a three-year letter winner for the Railsplitters and is coming off a solid junior campaign. Despite a shortened season, Kerley racked up 77 kills, 12 assists and six service aces in 50 sets played. Tallying 92.5 points across 15 matches, Kerley averaged 1.54 kills per set and was a key piece to LMU’s defense. Kerley made 64 digs and had 19 blocks in 2020.

A 2020 Off the Block, Frisco Mo All-Independent Team honoree, Walker enjoyed a standout sophomore season and was reliable on the block for the Railsplitters. The 6-foot-6 middle hitter ranked 28th in the nation and was second among Independent Volleyball Association (IVA) players behind only teammate Pedro Carvalho in blocks per set (0.94), finishing 11th among NCAA Division II players in that category. Walker tied for 17th in the country and led LMU in total blocks (58), while tying for 21st nationally in block assists (49). Registering 77 kills, Walker collected 26 digs and was responsible for the fourth-most points (114.5) of any Railsplitter.

The Englewood, Ohio (Northmont HS), native attacked at a .381 clip across 62 sets played, setting career-highs in both digs and blocks. He had a career-best six-dig, six-block, seven-kill performance versus Daemen College in his home state before recording a career-high seven blocks in the five-set Valentine’s Day victory over King. Reaching seven kills or more on four occasions, Walker recorded at least five blocks in seven different matches and had five showings with six or more.

Kerley, Walker, Gentry and Eiken were all part of the Railsplitters’ 14-4 campaign as LMU ended 2020 on a nine-match win streak. The favorite to win their third consecutive IVA Championship title, the Railsplitters wrapped up the halted season by making it 27-straight wins inside their home venue Mary Mars Gymnasium.