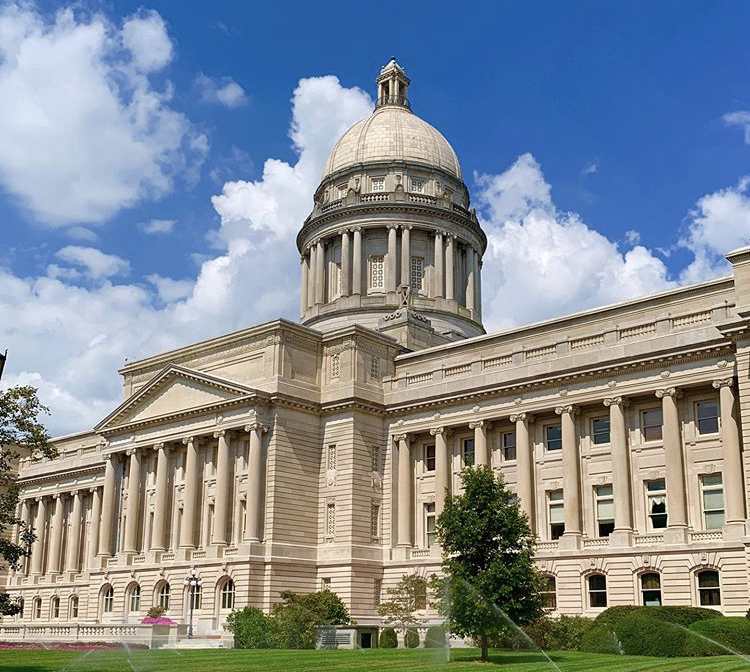 A federal lawsuit has been filed, seeking to keep expanded absentee voting in place for the November General Election and to throw out the photo ID requirement to vote, which was enacted by the 2020 General Assembly.

The lawsuit was filed Wednesday at U. S. District Court in Louisville by The American Civil Liberties Union (ACLU) of Kentucky, Lawyers’ Committee for Civil Rights Under Law and Covington & Burling, on behalf of the League of Women Voters of Kentucky, the Louisville Urban League, the Kentucky State Conference of the NAACP and several individuals.

Named as defendants are Secretary of State Michael Adams, Gov. Andy Beshear and Ben Chandler, who chairs the State Board of Elections.

The lawsuit states that, “Despite the near certainty that COVID-19 will continue to pose a severe health threat into the fall, Kentucky has not taken steps to alleviate the health risks of in-person voting for the November 3, 2020 general election. The secretary of state and governor, in conjunction with the Kentucky Board of Elections, have modified some of Kentucky’s election procedures for the upcoming primary election, including delaying the primary date from May 19 until June 23, and permitting all eligible Kentucky voters to apply to vote by mail-in absentee ballot.

“But even after recognizing the election-related risks inherent in the COVID-19 pandemic, Kentucky has failed to extend these modifications and provide all voters with an option to vote safely from home in the general election in November 2020.”

They claim, “Kentucky is forcing voters to choose between their health and their right to vote.”

The second claim in the lawsuit is, “Complying with the Photo ID Law is presently impossible for many voters who are unable to obtain and copy a photo ID or execute an affirmation in the presence of an election official, given the continued closure of many county clerks’ offices, ID-issuing offices and copy centers. And even when these offices reopen, obtaining licenses, copies or affirmations will subject voters to unacceptable health risks that will remain life-threatening through the general election in November 2020.”

The plaintiffs seek to have the same rules in effect for the June Primary extended through the November General Election and for Kentucky’s requirement for an excuse to vote absentee, as well as the photo ID requirement to be thrown out as violating the first and 14th Amendments to the Constitution.

Secretary of State Michael Adams, a Republican, responded to the suit by issuing this statement:

“Because the far left is too extreme to win elections, they regularly seek to have courts, rather than legislators, write our laws. Today, several left-wing organizations sued me in an effort to have an unelected federal judge rewrite our election laws for November.

“If these self-described advocates for democracy actually believed in democracy, they would let the democratic process work and let elected officials make policy. Instead, this lawsuit seeks to have lawmaking powers stripped from elected officials accountable to the people – the General Assembly, the Secretary of State and even the Governor.

“I will uphold my oath to our Constitution, which places the power to establish election laws with elected officials, rather than judges; just as I vigorously enforce our laws, I will vigorously defend our laws.”

There is no word yet on when the case will be heard, which includes a request for a preliminary and permanent injunction.