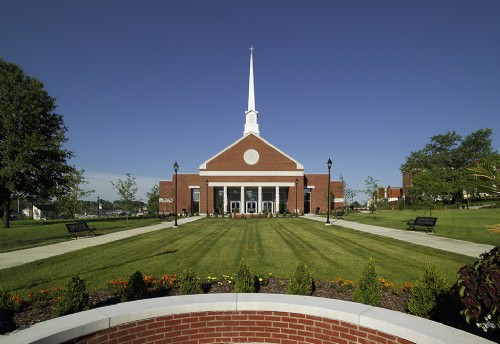 Kim Henderson has been in the medical field for over 30 years and at the age of 56 she never thought she would be facing a global pandemic.

Henderson works as a clinical assistant at Norton Healthcare in Louisville, Ky., a little different than her original career choice as a disc jockey, which her mother talked her out of. As a clinical assistant, Henderson performs many tasks such as vital lab tests, Electrocardiography (EKG) tests and X-rays.

She holds an associate degree in medical assisting from the Louisville College of Medical and Dental Careers and also has a limited certificate in X-ray.

After seeing an advertisement on Facebook, Henderson made the decision to continue her education by taking classes at Campbellsville University.

“We are in a stressful situation, and I’m trying to find ways to keep myself occupied. Taking a class is helping to keep me sharp and also helping me to decompress a little,” Henderson said.

When Henderson isn’t working on her classes, she is at work, anywhere from 36 to 50 hours a week, in constant contact with sick patients helping to combat COVID-19. When a provider evaluates a patient and determines they meet certain criteria, they are then sent in for testing.

Henderson said for treating any patient who has respiratory symptoms, or any symptoms of COVID-19, she dresses in full person protective equipment (PPE) including a facemask, gown, goggles, face shield, gloves and shoe covers.

Working with COVID-19 patients has caused Henderson to have anxious days simply because no one really knows what’s going to happen. “I’m not worried about getting sick. I have my faith in God, and I pray,” Henderson said.

Henderson said, “This situation is new and everything changes daily and it gets frustrating trying to keep up with what has changed. Now we are mandated to wear masks our entire shift.”

When it comes to working directly with the patients, Henderson said, “My coworkers and myself do what we need to so the patient is taken care of. Mentally we try to make the patient feel like they are in the best place for care.”

Over the years, Henderson has worked in oncology, rheumatology, family practice and even teaching. Even now, after more than three decades in the field, she said she has taken an interest in Emergency Response and has joined the Civilian Response Team.

When she isn’t working on her classes or at work, Henderson said she likes to ride motorcycles with a friend, weather permitting, has two dogs that demand some attention and fuels her artsy side with Do It Yourself (DIY) projects. She has a 22-year-old daughter who is also in school and works part time.

Henderson said it’s easy to get frustrated but that everyone needs to remember we are all in the same situation.

Henderson said for people to “stop and think. Be kind to one another. Wash your hands. Take time for yourself, maybe learn something new. Pray.”

Campbellsville University is a widely acclaimed Kentucky-based Christian university with more than 11,900 students offering over 100 programs of study including Ph.D., master, baccalaureate, associate, pre-professional and certification programs. The university has Kentucky based off-campus centers in Louisville, Harrodsburg, Somerset, Hodgenville and Liberty with instructional sites in Elizabethtown, Owensboro and Summersville. Out-of-state centers include two in California at Los Angeles and Lathrop, located in the San Francisco Bay region. The website for complete information is www.campbellsville.edu.

Campbellsville University is accredited by the Southern Association of Colleges and Schools Commission on Colleges to award certificates, associate, baccalaureate, masters and doctoral degrees. Contact the Commission on Colleges at 1866 Southern Lane, Decatur, Georgia 30033-4097 or call 404-679-4500 for questions about the status of Campbellsville University.

Campbellsville University hears about being saved by general revelation only

“Can a person be saved through Christ by responding to general revelation only?” Dr. Adam Harwood, McFarland Professor of Theology... read more