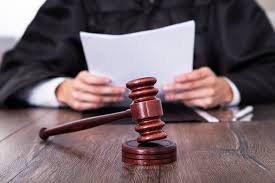 The U.S. Attorney’s Office Eastern District of Kentucky announced that Robert Billy Taylor, 54, of Middlesboro, was sentenced in federal court on May 18 to three years of probation and a $75,000 fine, by U.S. District Judge Robert Wier.

The U.S. Attorney’s Office Eastern District of Kentucky announced that Robert Billy Taylor, 54, of Middlesboro, was sentenced in federal court on May 18 to three years of probation and a $75,000 fine, by U.S. District Judge Robert Wier.

Taylor was charged with making and submitting false records regarding ginseng sales, in violation of the Lacey Act. Taylor was also prohibited from engaging in ginseng dealing as an agent or dealer in any state during the term of his probation.

According to his plea agreement, Taylor was the owner and operator of Taylor’s Roots and Herbs and Taylor’s Fresh Ginseng, in Middlesboro. Taylor was a dealer of wild American ginseng (Panax quinquefolius) and was licensed in Kentucky, Tennessee, and Virginia. The harvesting and sale of ginseng is governed by both federal and state regulations. As a dealer, he was required to maintain certain purchase and sales records.

The investigation by the United States Department of Fish and Wildlife revealed that over a period of years, Taylor had falsified the required Kentucky Ginseng Purchase Forms for multiple purchases of wild ginseng, including failing to include the correct weight of purchases, not keeping records of all his purchases, and purchasing ginseng that he knew was harvested from another state, but not properly certified before entering Kentucky. Taylor also acknowledged that he had stored 54 pounds of dry ginseng, despite telling law enforcement that he had not stored any, and possessing ginseng that had been harvested improperly, out of season.

Taylor’s son, Billy Taylor, was also sentenced on Monday for violations of the Lacey Act. He received one year of probation and community service.

Robert M. Duncan, Jr., United States Attorney for the Eastern District of Kentucky, made the announcement.