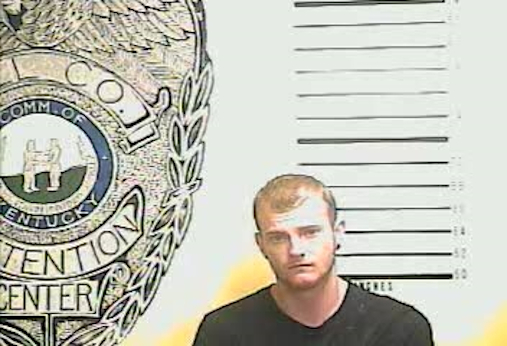 A Pineville man remains behind bars on a $250,000 cash bond following a shooting Wednesday.

Bell County Dispatch received a call of someone needing an ambulance in the Wallsend community of Pineville after being shot in the throat.

Pineville Police Department, Bell County Sheriff’s Department, Kentucky State Police and Bell County EMS all responded to the scene. Following an investigation, it was determined that Tye was involved in an altercation with William Begley when the altercation escalated and Tye pulled a gun and discharged it into the ground. The bullet ricocheted and hit Begley’s girlfriend, Michelle Rye, 29, in the neck/throat area.

According to the report, the argument and subsequent shooting took place in the middle of the street and Tye stated to authorities that he and Begley were fighting and in an attempt to scare him he pulled the gun and shot it into the ground. The citation also states that there were multiple people around when the incident occurred. Tye was also found to be in possession of a controlled substance.

Tye was taken into custody and Rye was taken by Bell County EMS to Barbourville ARH due to flight issues by Air Evac out of Pineville. She was then flown to the UK Medical Center for further treatment. Her condition is unknown as of press time.

Jakob Fuson was also arrested on scene and charged with tampering with physical evidence.

Pineville Police Officer Bill Matthews is leading the investigation and is being assisted by Assistant Chief Curtis Pingleton.