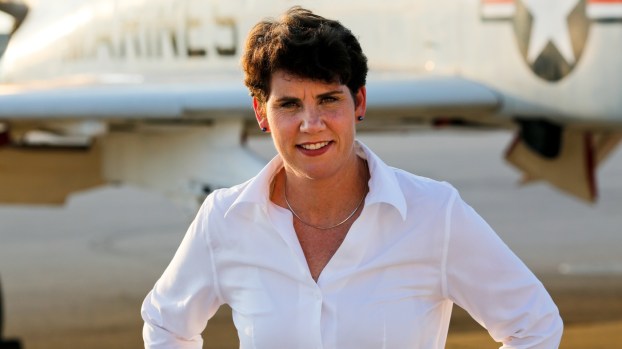 Amy McGrath to hold tele-town halls to talk with Kentuckians

McGrath to hold weekly tele-town halls to talk with Kentuckians

Retired Marine Lt. Col. Amy McGrath took questions live from listeners on issues such as prescription drug and health care prices, student debt, term limits in Congress, and voting during the coronavirus pandemic at her second virtual town hall on Thursday. The McGrath campaign will be holding weekly tele-town halls.

“We’ve had to totally change the way we campaign to keep each other and our communities safe during the coronavirus pandemic,” said McGrath, who is running for U.S. Senate in Kentucky. “These virtual town halls have been such a great way to stay connected with people and continue conversations on the issues that are affecting Kentuckians.”

Lizzy from Morehead opened the call by telling Amy about friends and neighbors who have to choose between paying rent and filling their prescriptions. Amy said it is a common story she’s heard from Kentuckians across the commonwealth. Kentucky has the second highest spending per capita on prescription medications in the nation.

“The first thing we need to do is pass those six bipartisan bills that have passed the House already to get prescription drug prices down,” said McGrath. “They are sitting on McConnell’s desk, and he doesn’t want anything to do with them because he is bought off by Big Pharma. He took more money from Big Pharma than any member of Congress in the last cycle.”

She said solutions include allowing Medicare to negotiate prescription drug prices and allowing the re-importation of medications from Canada.

A live poll during the tele-town hall revealed that many participants were interested in learning more about the new rules around voting in the upcoming Kentucky primary election. McGrath encouraged listeners to contact their local county clerks to request an application for an absentee ballot so they could vote right now, by mail.

Ian, a 17-year-old from Elizabethtown, said that he is worried about his future and the long-term effects of the coronavirus pandemic. “With everything going on in the world right now, I wanted to ask you—what is your message to young people right now?” he asked.

McGrath said that she knows America can recover from this crisis because we have overcome so many crises in our history, often because we had the right leaders in place at critical times. She told Ian to stay involved in the democratic process to help get that kind of leader into office now.

“This is your future, this is your country, and it is time to make sure we elect leaders who put people first,” McGrath said. “…We can do this. We are the greatest nation on earth. We just have to have better leaders. Stay engaged. We have gone through hardships before in this country and we have come out stronger. We have come out stronger because we had leaders who cared about public service and doing what is right for the country.”

Natalie Sweet, Program Coordinator for the Abraham Lincoln Library and Museum If you enjoy watching sports, you have probably seen... read more