Sziksai era comes to a close at LMU 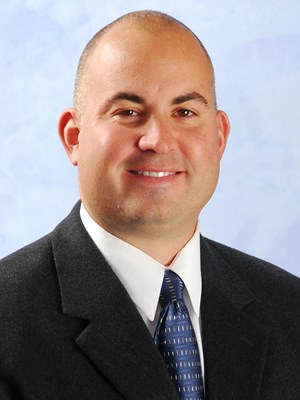 After spending the past 17 seasons building the Lincoln Memorial University baseball team into one of the most competitive and successful baseball programs in the country, Jeff Sziksai is hanging up his cleats, putting away his signature No. 12 jersey and closing the book on an illustrious career as the head coach for the Railsplitters.

In his nearly two decades in Harrogate, Sziksai took a floundering program and steadily molded it into a perennial championship contender. Sziksai was hired prior to the 2004 season, and inherited a program that went a dismal 5-42 the year before his arrival. In his debut season, the Railsplitters more than tripled that output with 17 wins.

Two years later, in 2006, the Railsplitters’ rise continued with a remarkable 28-win campaign, kick-starting a run of six straight seasons with at least 26 wins. That included a 32-18 mark in the 2009 season.

After those years of steady building, the Railsplitters finally made the leap in 2013 by capturing the first of three South Atlantic Conference tournament championships. The 2013 team was remembered for an unparalleled grit and determination, which was on full display when the games mattered the most in late April. The Railsplitters played an unprecedented three games in a single day to close out the South Atlantic Conference Championship, outlasting both Carson-Newman and Newberry in a marathon day of baseball to capture the first conference title of any kind in program history and earn the program’s first-ever trip to the NCAA tournament.

In 2017, Lincoln Memorial turned in a dominant SAC tournament performance by going a perfect 4-0, with the closest game being a 10-6 win over 15th-ranked Catawba. The Railsplitters then went on to beat both Georgia College and UNC Pembroke in the NCAA Division II Southeast Regional to claim the first two NCAA tournament wins in program history. The Railsplitters would finish the season with an impressive 35-19 record.

The 2018 team nearly replicated that feat, rolling to a second consecutive SAC tournament title with a 4-1 performance en route to reclaiming the trophy. The Railsplitters outlasted Catawba, 9-7, in an 11-inning win-or-go home thriller to claim the championship. LMU then went on to knock off Georgia College, ranked No. 1 in the country in at least one national poll, 9-4 in the opening game of the NCAA tournament. The 2018 squad finished with a 36-21 record, matching the 1996 team for the most wins in a single-season in program history.

The 2019 campaign was another remarkable season for the Railsplitters, who fell just short in their quest for a 3-peat, but would go on to earn their third straight bid to the NCAA Southeast Regional. It marked the first at-large selection for the Railsplitters, who became the only team in the Southeast Region to make the NCAA tournament in 2017, 2018 and 2019. The Railsplitters also won an NCAA tournament game for the third year in a row before culminating the season with a 34-19 record.

Sziksai’s final season, the 2020 campaign, was brought to an abrupt halt due to the global COVID-19 pandemic, but the young Railsplitters were settling into a groove after a slow start winning four of its last five games, including taking two of three from rival Carson-Newman.

Sziksai ends his career at LMU with 451 wins, with most of that damage being done in his final seven seasons. From 2013-2020 he racked up three South Atlantic Conference tournament championships, four NCAA tournament appearances and the second-highest winning percentage in the SAC, winning 112 South Atlantic Conference games over that span. In his final three and half seasons, he accumulated four Coach of the Year awards including the 2017 SAC Co-Coach of the Year, and the 2017, 2018 and 2019 Tennessee Baseball Coaches Association NCAA Division II Coach of the Year Award.

Under Sziksai’s tutelage, the Railsplitters were also remarkably successful in the classroom. For each of the past 10 years, the LMU baseball team maintained a team grade-point average of above 3.0 while the team was presented with the American Baseball Coaches Association Team Academic Award in 2017, 2018 and 2019. In 2019, Seth Hunt was named the South Atlantic Conference Scholar Athlete of the Year, while Ethan Elliott and Logan Augustine were named Academic All-Americans in 2017 and 2019 respectively. Elliott and Augustine were also named athletic All-Americans those years, which made them the only two LMU athletes (in any sport) to achieve athletic and academic All-American status in the same year.

More important than all of the wins and championship trophies, Sziksai’s squads were also committed to making a difference in the community, as the program participated in untold community outreach events and philanthropic causes over the course of his 17 years at the helm. That includes the ROHO Christmas Shopping Spree, the Vs. Cancer Foundation, which the Railsplitters combined to raise over $50,000 towards over the past six seasons, and more. Most recently, the Railsplitters signed 2-year-old Pineville, Kentucky, native Caisyn Fuson, who is battling cancer, to become an honorary member of the team.

Thoughts from his former colleagues and players:

I only hope that if my children are fortunate enough to play sports at a competitive level that they are afforded the opportunity to play for a coach like Jeff Sziksai. For three years, I watched Coach Sziksai build a perennial championship baseball program. While the championships themselves lifted that program to heights never before experienced in its history, the trophies were the least impressive and important thing to me.

Coach Sziksai built that championship pedigree without ever once sacrificing his personal values as a man, husband, father, coach and mentor to young people. He did so without sacrificing the program covenants. He did so by always holding himself and everyone involved in the program to the highest of standards, while treating everyone with respect and dignity. He shouldered the blame and deflected the credit. Yes, it was important that he won, and he did that. But it was how he won that made the difference. How he cultivated team leaders, trusted his players and how they fought tooth and nail for him. How they stayed connected to the program as alumni. How they felt the responsibility to pay it forward to the next class and beyond as mentors. All because of the culture he worked hard to build.

I am a better person for having had the opportunity to observe the way Coach Sziksai treated his student-athletes, assistant coaches, opposing coaches, faculty, staff, parents, and community members. The student-athletes that came through his program were outstanding representatives of the institution and leaders throughout campus – reflections of their coach.

I aspire to live up to his examples of how to face adversity with an uncompromising commitment to integrity, how to treat those trusted to your care, and how to always get better, no excuses.

What Jeff has done at LMU over the last 17 years is remarkable. I was lucky enough to work alongside Six for 7 of those years, and got to see first-hand why he was so successful. Tough, competitive, disciplined are all words that come to mind when I think about Jeff’s teams at LMU. Jeff’s teams reflected these qualities they saw in their coach. From nearly nothing, Six built one of the top NCAA D2 programs in the country. Although Jeff won a ton of games at LMU, the impact on his players lives academically and personally is even more substantial. Losing Jeff will leave a huge void in the baseball program at LMU.

Six got me started in my career. Took a chance on a kid from Buffalo, N.Y., who was two months removed from being a player. Among all the things he taught me, the most memorable part of working at LMU under Six was that he made me proud to be a Railsplitter. One of my first lessons on what it takes to have a successful career from Six was loyalty, but it was easy to be loyal to him with how inspiring of a leader he was. One of the best coaches I’ve ever been around, there is no doubt that he could have had similar success at any level or in any conference. He was a dynamic, energetic, intentional, faith-driven leader of men—the caliber of coach I aspire to be.

The success that LMU Baseball has had over Coach Sziksai’s tenure is due to the consistent standards and expectations he had for the players within the program. Coach Sziksai pushed us to be the best versions of ourselves on the field, in the classroom, and in the community. I will always be grateful to Coach for the experiences, lessons, friendships, and memories – but most importantly for preparing us for life.

After your last game of the season is over you will hear Six tell guys, “I’m not a coach to you guys anymore, I’m a friend.” That just shows you right away that it’s more than just baseball to him. It’s a life-long friendship. Six was a coach that expected nothing but the best from his players, day in and day out. He put in our minds that average baseball players don’t win championships. We had to outwork everybody else in the country in order to win a National Championship. If that means we practice at 4 am because our practice the day before was sloppy, then so be it. The passion he had for LMU baseball was one of a kind. He went from winning single digit games in a season to winning back-to-back South Atlantic Conference Championships with 30+ wins. Six laid the foundation for what is expected of the LMU Baseball program, and that is championships and a life-long brotherhood.

There are so many things but I think the biggest thing for me is he changed my life. He helped teach me what hard work is. The program he ran, the culture we all created was a really tough-nosed, get-after it environment. You either adapt or don’t, so I learned the blue-collar way. Anyone who has been through the LMU baseball program knows the quote, “leave it better than you found it.” The way he coached, mentored, and lived was all about that, getting better each day. I know that after four years, I became a better player, man of faith, and person. He left me better than he found me.