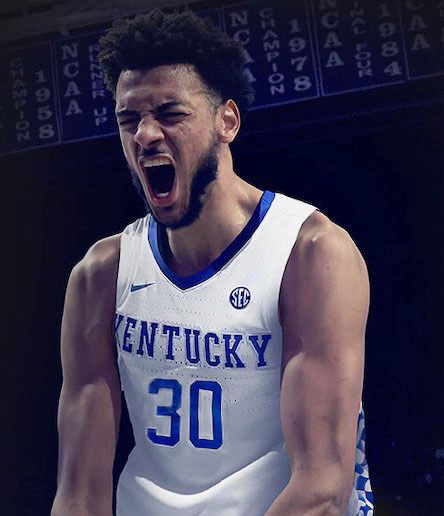 Sarr, a 7-foot center who averaged 13.7 points and nine rebounds per game last season, chose the Wildcats over Duke, Gonzaga, Florida State, and Baylor. Sarr will have to sit out next season because of transfer rules. He plans to petition for a waiver from the NCAA to play immediately next season.

“I felt that was the best fit and the best opportunity for me,” he told ESPN on Wednesday. “Being able to play for that great program and showcase my winning drive on that stage. Coach (John Calipari) made me understand that I was needed (at Kentucky).”

Calipari is excited to have Sarr on the team’s roster.

“I am excited to coach Olivier,” Calipari said. “Olivier is a great kid and a terrific player on the rise who knows he’s going to have to come in and lead. He gives us a veteran, established player who has not only played on a big stage and played well, he wants this next challenge. When we first talked to Olivier, my first thought wasn’t on what he does for this team, it was why he wanted to be here. I coached Danny and know his relationship with his players, so when Danny talked about what a great kid he is, we said, ‘Let’s do this.’”

“With everything that has happened in the last 2-3 weeks, I’ve had a lot to think about and consider,” he said. “If I’m being honest, it’s been an emotional struggle for me. Coach Manning and the staff are family. After thinking deeply about it, talking with my support system, and weighing my future, I just didn’t feel like I could be at my best by returning to Wake Forest. … I will always be a fan of Wake Forest … BBN, I can’t wait to get started.”

Sarr scored 25 points against Duke and added 30 points and 17 rebounds in a game against Notre Dame last season.

“Oliver was one of the best players in the ACC last season and got better and better – as he’s done his whole career – as the year went on,” Calipari said. “By the end of the season, he was one of the top five players in the league. I’m ecstatic he wanted to be a part of this program and what we have going forward.”