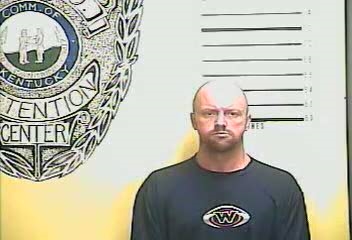 A Bell County man remains in jail on murder charges following the assault and death of his brother.

Bell County authorities were dispatched to Hughett Lane Thursday night in regard to a severely injured man after Middlesboro Fire and EMS responded to the home on a medical call. Deputies and Kentucky State Police Troopers secured the perimeter to begin an investigation.

According to the report, the focus of the investigation was the assault of 56-year-old Ward Hughett. Hughett was found unresponsive and suffering from serious trauma but was still alive while in the home. He was taken to Middlesboro ARH by ambulance to treat his injuries.

Deputies determined through the investigation that Ward’s younger brother, 41-year-old Wade Hughett, assaulted Ward and was the main suspect. A search for Wade Hughett was launched as Ward’s condition continued to deteriorate. He died as a result of his injuries early Friday morning.

Local authorities were on the lookout for Wade Hughett, and a warrant was issued for his arrest. He turned himself in at the Bell County Sheriff’s Office and was taken into custody at 5:59 p.m. on Friday. Chief Deputy Doug Jordan interviewed Hughett and transferred him to the Bell County Detention Center.

NEWS RELEASE  When clinical rotations were brought to a halt for physician assistant (PA) students at Lincoln Memorial University-School of... read more