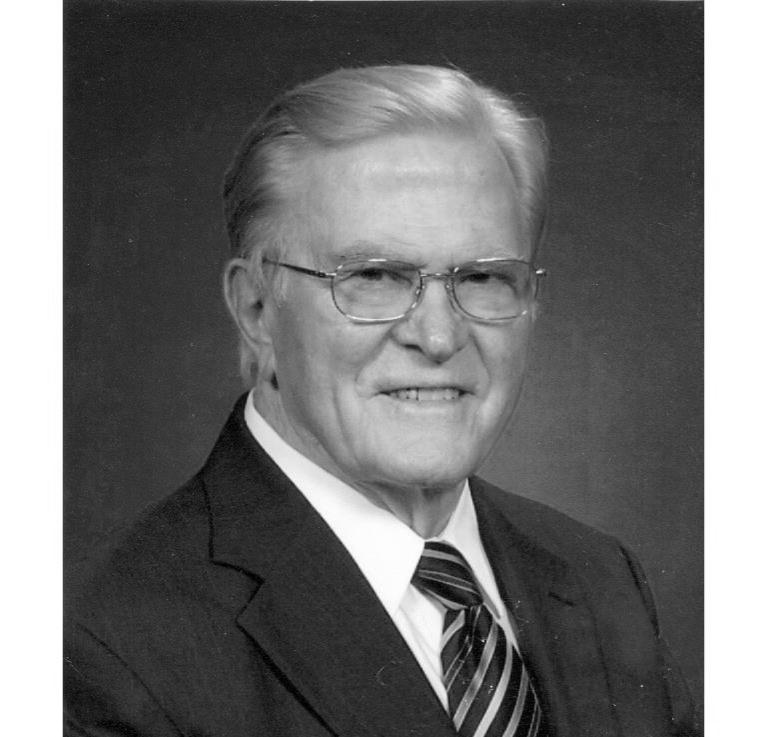 Dr. Alastair C. Walker was taken to his heavenly home by the Lord Jesus Christ after a lifetime of service to Him on Monday, May 4, 2020. He was born in Paisley, Scotland on September 5, 1926, to Rev. James and Kathleen Fox Walker. He lived in South Africa during the early years of his life, became a Christian at the age of 16, and came to America at 20. He entered Northern Baptist Theological Seminary in 1946, and did graduate studies at Baylor University and Southern Baptist Theological Seminary.
His first pastorate was at First Baptist Church of Middlesboro, KY. Then he served at McCalla Avenue Baptist Church in Knoxville, TN and First Baptist Church, Griffin, GA. In 1968, he was called to First Baptist Church in Spartanburg, SC and served as Senior Pastor there for 25 years. After retirement, he served 22 churches as Interim Pastor in Spartanburg, Greenville, and Union Counties. He also was honored by First Baptist Church in Spartanburg as Pastor Emeritus, and received Honorary Doctorate Degrees from Furman University and Charleston Southern University. He was the honored recipient of the Order of the Palmetto Award from the State of South Carolina. He served on the International Mission Board for 10 years, at the Baptist World Alliance, and as president of the SC Baptist Convention. He was also honored by Upward Sports with a plaque on September 15, 2014 as a member of Knights of the Round Table.
In 1950, he married Mary Virginia Carter of Valparaiso, IN, who lovingly and faithfully served with him for 48 years. He is survived by their 4 children: Kathleen Walker Anderson (Cary), Stephen Walker, David Walker (Julie), and Martha Walker Blackstone. He is also survived by 8 grandchildren, David Walker, Michael Walker, Kyle Walker, Keith Walker, Joel Anderson, Virginia Blackstone, Mary Cameron Blackstone and Lydia Blackstone; 11 great-grandchildren, and his brother and sister-in-law, Dr. Ian and Esther Walker of Asheville, NC.
He is survived by his second wife, Lou Ann Gibert Williams Walker, who has faithfully and lovingly served with him in ministry and in life. He is also survived by 3 step-daughters, Becky Lance (Ron), Lane Angell (Michael), and Ann Andon (Mark); and 6 step-grandchildren.
During a trip to India, Dr. Walker was touched by the hunger and devastation there. When he returned, he enlisted the aid of a devoted staff member, Rev. George Schrieffer, and together they created and launched the Rice Bowl Ministry. Rice Bowls were distributed to Baptist Churches throughout South Carolina and within a few years the organization raised over $30,000,000.00 to feed hungry men, women, and children in India and South Africa. He was humbly grateful for the success of this program, along with other programs he established.
While he was pastor in Middlesboro, KY, he became aware of the needs of many of the Baptist Churches in the mountain communities there. While in Spartanburg, he and his youth minister, Rev. Bobby Haley planned a ministry to reach out to the needs there. In 1969, they began sending youth groups to teach and help with Bible Schools in these mountain communities. The Kentucky Missions Ministry celebrated its 50th Anniversary in 2019 and continues to grow.
During his ministry in Spartanburg, over 60 young men and women who made professions of faith went into full time Christian service, and he was so proud of them.
A private graveside service will be conducted in Greenlawn Memorial Gardens, by The Rev. Dr. Donald J. Wilton, The Rev. Bob Neely, and The Rev. Bill Adams.
A Celebration of Life will be held at a later date pending the COVID-19 outcome.
In lieu of flowers, memorials may be made to the Encouraging Word, c/o First Baptist Church of Spartanburg, PO Box 2110, Spartanburg, SC 29304; or Rice Bowls Inc., 951 South Pine Street, Spartanburg, SC 29302.
The family would like to thank Agape Hospice staff for their outstanding care, especially the loving service given by Eileen Doll, Diamond Cooper and Amanda Boyd, as well as for the loving care from the Comfort Keepers staff.
An online guest register is available at www.floydmortuary.com
Floyd’s North Church Street Chapel