Montgomery leaves for good this time, declares for the NBA Draft 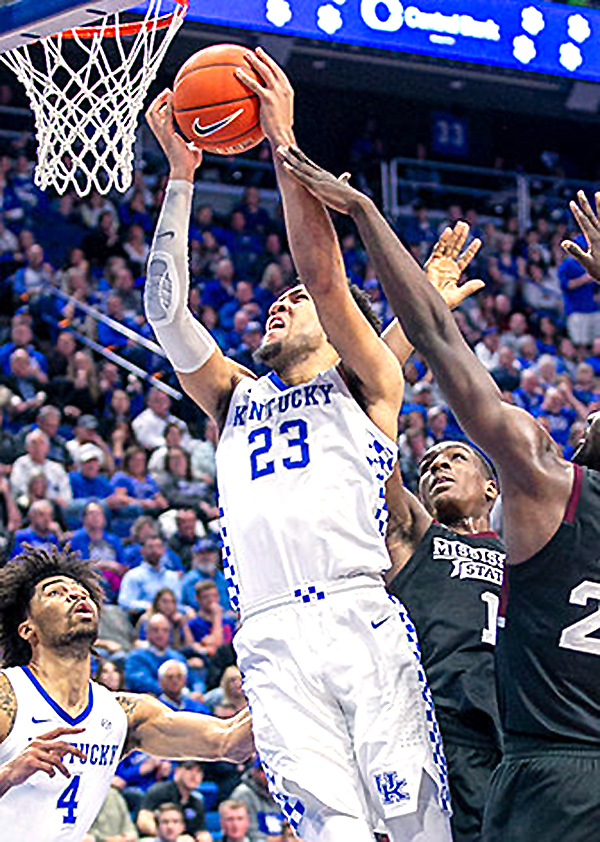 The University of Kentucky sophomore declared for the NBA Draft Wednesday and will forgo the remainder of his college eligibility. Montgomery opted for the draft last year, but returned after testing the waters following his freshman campaign.

Montgomery said he’s ready to pursue his “ultimate dream” of playing in the NBA and enjoyed his two seasons with the Wildcats.

“What an incredible honor it has been to play for not only one of the best schools in the country, but also the best fans,” Montgomery said. “When I decided to come to Kentucky, it was a dream of mine to win a national championship. I know my brothers and I were ready to go to war for our coaches, the university and Big Blue Nation to bring home the national title this year.

“The circumstances were unfortunate, but I am thankful that I was able to play for a great coach and coaching staff and compete every day in practice and in games to challenge myself to become a better all-around player.”

“At 6-10 with perimeter skills, athleticism and an ability to block shots, someone is going to get a big-time prospect with EJ,” Kentucky coach John Calipari said. “His skill set is where the game is going. EJ has always had those tools, but what I’m so proud of is how he progressed, not only through his two seasons here but especially the last month of the season.

“I was excited for EJ going into the postseason because I really thought it was going to be a great opportunity to show all the work he’s put in. He was really playing his best basketball. I’m happy for EJ and his family and will continue to be here to help throughout this process.”

Montgomery became the fifth Kentucky player to declare for the draft this spring. Ashton Hagans, Immanuel Quickley and Tyrese Maxey have already begun the draft process.