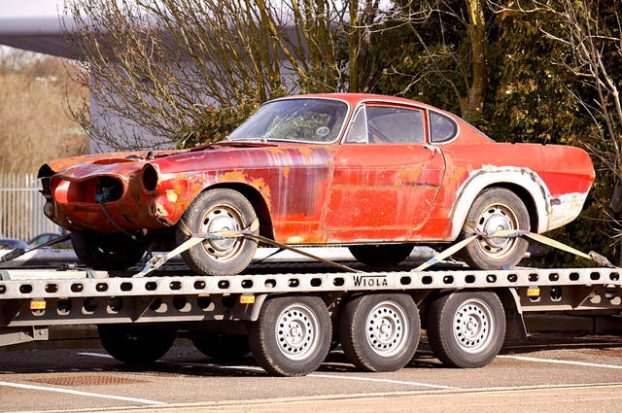 Middlesboro reports positive numbers following the enactment of the junk car ordinance within city limits to clean up the city streets.

John O’Boyle gave a report to the Middlesboro City Council concerning the enactment of the junk car ordinance that was recently passed by the council as a way of cleaning up the city.

The ordinance had been discussed for several months and was revised to it’s final ordinance.

“Well, Mayor, Council the last couple of weeks we have been working on the new junk car ordinance,” O’Boyle explained. “And to date, we have stickered 17 vehicles.”

Mayor Rick Nelson reported earlier this week that all 17 vehicles have been removed and O’Boyle said that is what they are looking for when they sticker the cars and that is compliance to remove them.

“I think this process is working and I think when people see those stickers on there that they know that something is going to happen,” he said.

According to Codes Enforcement Officer Tim Kelley, the codes board was added to the new ordinance to be able to be involved with the violations.

“We added that in this new ordinance,” he said. “We will be able to write administrative violations and that is the only thing that the Codes Enforcement Board can hear.”

Kelley explained that the board cannot hear any criminal violations.

“Any misdemeanors or that kind of stuff does not apply to the Codes Enforcement Board and still has to be taken to District Court,” he explained of the violations. “We are changing the nuisance code to where abandoned vehicles can be towed and they can be…enforced by the enforcement board.”

Kelley said that they can still be fined and the verbiage in the ordinance was changed to include those fines.

“As it was written before the mayor, chief of police, and a police officer can have a vehicle towed,” he explained. “The new ordinance includes the powers for the codes enforcement office to direct a vehicle be towed, stored and disposed of as required by Kentucky Law.”

According to Kelley, that was one thing that they wanted to put in the ordinance and change it to administrative violations where they could be handled by the board.

“We wanted to put it where if I know it’s a problem with a vehicle then I can call the towing outfit and have it towed and we didn’t have that power before,” Kelley said. “I will when the new ordinance is passed.”

“People may not realize we’ve got about 7,000 structures,” Nelson said “But I’ll be honest with you, the abandoned cars may be in people’s minds an equal problem.”

Nelson said that this ordinance is not being mean to any individual, but they are just trying to clean up the community.

“Most people want it cleaned up,” Nelson said.

If you would like to talk more about the Codes Enforcement Board and the work that they do for the City, you can visit City Hall Monday through Friday from 8 a.m. to 4 p.m.