Lewis among ‘82 Lady Kats to be honored 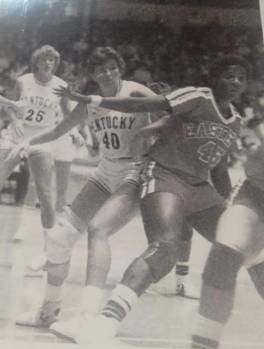 <p>Lynette Lewis is pictured in action against Eastern Kentucky University.</p> 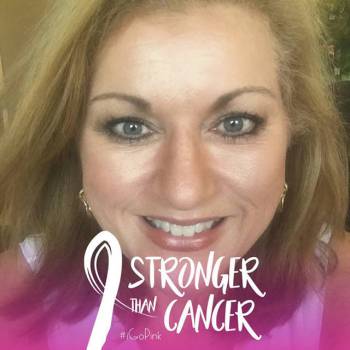 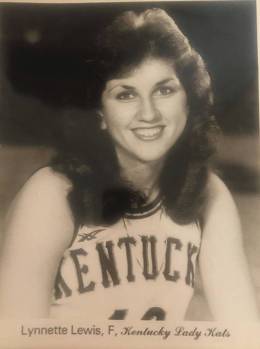 <p>Lynette Lewis is pictured during her career at the University of Kentucky.</p> 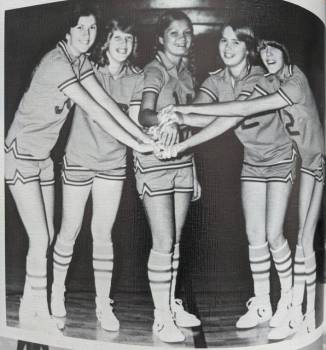 Basketball success seemed to follow Lynette Lewis Shadoan during her basketball career in the 1970s and 1980s as one of the first local hoop stars in the early days of girls basketball.

She was a starting forward at Cawood High School as a sophomore in 1978 on the first 13th Region Tournament championship team in Harlan County history and played in three straight regional championship games. In her second year with the University of Lady Kats, she was a member of the first and only Southeastern Conference women’s championship team at UK.

The 1982 SEC women’s basketball champions was a team that relied on and valued each member including a redshirted walk-on who would miss the official team photo but eventually receive a scholarship her senior year, two years after the championship. That University of Kentucky Lady Kats basketball scholarship remains one of the greatest honors in the life of breast cancer survivor Lynnette Lewis…#StrongerThanCancer

For Lynnette Lewis, the Lady Kats’ 1982 SEC championship was bittersweet. Originally from Loyall, Lynnette’s childhood dream was to play at the University of Kentucky. She attended every UK Lady Kats camp in Lexington. Coach Debbie Yow, coach Diane Beauchamp along with Lady Kats Debbie Mack and Pam Browning went to Harlan County to run a “Mountain All Stars” camp and knew Lynnette should be a Lady Kat because of her work ethic and leadership qualities.

Yow’s recruiting of Lynnette was simple, a call with “good” and “bad” news in the spring of 1980. The good news was Yow definitely wanted Lynnette to join the Lady Kats. The bad news was there were no available athletic scholarships. Lynnette would have to wait a year for a scholarship but could be a walk on in the fall of 1980. For Lynnette, that was all great news.

After Lynnette’s freshman year as a walk on and in anticipation of receiving an athletic scholarship, Lynnette and the Lady Kats prepared for their 1981 summer Japan tour. She suffered a knee injury during the intense practices held three times a day. She did not play during the Japan trip and on the first day of practice for the 1981-82 season she tore her ACL and meniscus. For the 1981-82 season, Lynnette became a redshirted walk on missing the season and her scholarship. Unfortunately, she is missing from the Lady Kats’ 1981-82 official team photo. She was having knee surgery when it was taken. But that didn’t deter Lynnette. Although she would not play one minute of the 1981-82 season, including the 1982 SEC tournament, she was an intricate part of the Lady Kats’ success with her never quit attitude and team spirit. The true essence of a Kentucky Lady Kat.

“From my days at UK, I remember Lynnette Lewis being one of the sweetest people/players I had ever met. She always had a smile on her face and was always super positive,” said Still, one of the stars of the 1982 team who went on to play professionally for 12 years in Italy and then in the WNBA for the Washington Mystics. “We had an extremely close-knit team and it didn’t matter that Lynnette was a walk on. When she injured her knee, we all felt it. But she pushed through with that incredible positive attitude and made our team better…I appreciate that. I’ve played on many teams with superstars, but we had the right chemistry and that is why we were so successful. I’m even more in awe of Lynnette with her battle with cancer…she is one powerful Lady Kat.”

Lynnette recuperated from her knee injury and she eventually earned a scholarship. Another Big Blue dream was fulfilled her senior year when she was elected co-captain by her teammates.

Lynnette earned a bachelor’s degree in elementary education in 1985. After college, she worked for the Fellowship of Christian Athletes. It was during this time that she felt called into a counseling ministry and moved to Lynchburg, Virginia, in 1989. She obtained a master’s degree from Liberty University in 1991. After working several years for Rapha Treatment Center, a Christian in-patient treatment program that was located in Richmond, she was promoted director of the center. When the unit closed, she went into private practice.

Lynnette has served two governors for a total of eight years on the Board of Counseling for the Commonwealth of Virginia and was chairwoman of the Disciplinary Committee. In 2017, 2018 and 2019, she was voted the No. 1 counselor in Lynchburg in Our Health Magazine’s “Best Bedside Manner” edition. She is also a part-time adjunct professor at Liberty University, teaching in the psychology department.

With all these amazing accomplishments, Lynnette would have to fall back on her never quit attitude and team spirit, her Lady Kats’ essence, to battle her biggest foe. In 2012, she was diagnosed with breast cancer. But today Lynnette has been cancer free for eight years. The phrase “thankful every day and blessed beyond measure” is one that reflects Lynnette’s life.

Lynnette and Mark have one pug and two cats and are definitely animal lovers. In her free time, she dabbles in photography. Her passion for college basketball has not diminished and, of course, she still bleeds blue as a fan of the Kentucky Wildcats — both the men’s and women’s teams.

The 1982 Lady Kats SEC championship group is raising funds for SEC championship rings for the 1981-1982 University of Kentucky’s women’s basketball team — winning the third ever women’s NCAA SEC championship. The team soared to No. 4 in the country during the season, the highest ever position for the program.

“In 1982, SEC championship rings did not exist for women’s basketball, and now we would like to honor and celebrate these trailblazing women while they can enjoy this recognition,” said a press release from the group.

For more information on contributing, you can contact Still at valeriestill1@gmail.com or use the link to the gofundme page: https://www.gofundme.com/f/1982-womens-basketball-sec-championship-rings/donate