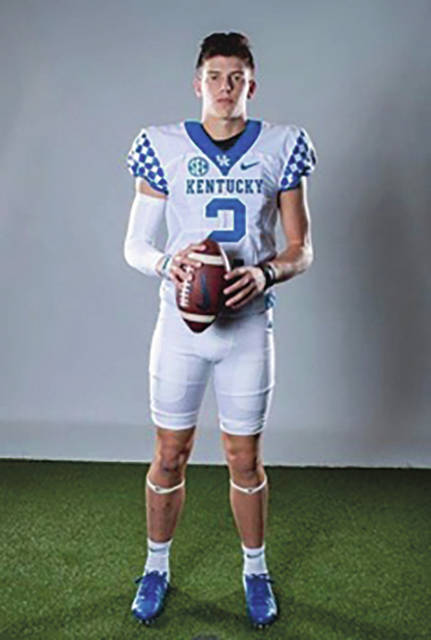 Now Sheron will get the chance to perform more amazing plays on the University of Kentucky’s Kroger Field, as he committed to the Wildcats’ football program on Monday night.

In a tweet, Sheron stated, “After a great conversation with @UKCoachStoops and @CoachHinshaw today, I would like to announce my commitment to the University of Kentucky.”

Sheron went one to say on his Twitter account, “First off, I want to thank God. Without his blessings I would not be in this position. I would also like to thank my parents and family for the sacrifices they have made for me. I want to thank my teammates for always having my back and helping me be the best I could be. Thank you to Briar Jumper Nation for your support. To all of my coaches over the years, thank you so much for everything. With that being said, I am grateful to announce that I will be committing to the University of Kentucky. Go Big Blue!”

Sheron had a year to remember. Sheron not only had outstanding numbers throughout the season, but he executed a final scoring drive in the Class 2A State Championship game that will be talked about for years to come.

For the high school football season of 2019, Kaiya Sheron was named the Commonwealth Journal Football Player of the Year.

For the year, Sheron completed 178 passes for 3,218 years and threw 28 touchdown passes. Sheron rushed for 959 yards and ran for eight touchdowns.