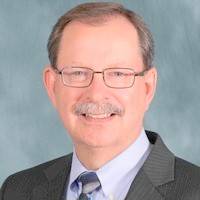 FRANKFORT — State Budget Director John Hicks recently reported that General Fund receipts climbed 2.9 percent in February, with revenues of $884.0 million compared to the $859.4 million collected in February 2019. Through the first eight months of FY20, the General Fund has grown 3.5 percent.

Hicks was cautiously optimistic regarding February’s growth, but noted that the remainder of the fiscal year still contains challenges to meeting the official estimate.

“Sales tax collections were also higher in February, growing 5.2 percent for the month and 6.9 percent through the first eight months of FY20. Corporation income taxes have been surprisingly down year to-date, a decline of 23 percent.

“The Commonwealth is entering a stretch where General Fund receipts grew 8.8 percent during the last four months of FY19. Achieving growth this fiscal year may be hindered by the high collections achieved in March, April and May of 2019. Year-to-date receipts are certainly encouraging, but we are mindful of the challenges that lie ahead for the remainder of the fiscal year.”

Among the major General Fund accounts:

• Individual income taxes grew 5.0 percent in February and withholding receipts grew 7.5 percent. Net refunds were approximately $12.7 million higher than were issued in FY20 compared to FY19. Year-to-date collections for the individual income tax are up 3.7 percent.

• Cigarette taxes plunged 16.7 percent in February and are down 2.8 percent through the first eight months of the fiscal year.

• Property taxes grew 8.9 percent in February and are up 2.1 percent for the year. The public service property tax account has remained negative for most of FY20, offsetting solid growth in the real and tangible personal property accounts.

• Lottery dividend payments went up 2.5 percent and are 10.0 percent higher for the year.

Among the Road Fund accounts:

• Motor fuels receipts grew 2.4 percent in February and are 0.8 percent higher for the year.

• Motor vehicle usage collections increased 7.7 percent for the month. Year-to-date collections are up 6.0 percent compared to the projected growth of 3.5 percent.

• License and privilege receipts fell 2.5 percent in February. Year-to-date receipts in these accounts have fallen 4.7 percent after robust collections in FY19.

• Nontax receipts climbed sharply in February and have grown 8.1 percent for the year.

Additional information is available at https://osbd.ky.gov/Pages/default.aspx

David Ledford, president and CEO of Boone’s Ridge, gave an update on the progress being made on the site during... read more