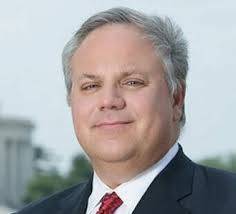 WASHINGTON, D.C. – U.S. Secretary of the Interior David Bernhardt recently announced that the Office of Surface Mining Reclamation and Enforcement (OSMRE) will provide $11,314,447 to Kentucky in Fiscal Year (FY) 2020 Abandoned Mine Land (AML) reclamation grants, to clean up and repurpose abandoned coal mines. A total of $170.9 million in AML reclamation funding will be available to states and tribes in FY 2020.

“These grants help bring our coalfields full circle by providing funds to rehabilitate the same land that generated affordable power and infused our economy through coal mining for generations,” said U.S. Rep. Hal Rogers (KY). “Coupled with the AML Pilot Grants since 2016, we are covering more ground faster in Kentucky than ever before. It is vital that we revive our environment and our economy in coal country for future generations.”

“OSMRE is proud to announce today the 2020 AML grants availability,” said Principal Deputy Director exercising the authority of the OSMRE Director Lanny E. Erdos. “These grants will continue to ensure our state and tribal partners have the resources needed to continue their decades of successful work on our nation’s AML sites.”

“Kentucky holds great potential for the future, and I’m grateful Secretary Bernhardt and the Interior Department continue investing in our Commonwealth,” said Senate Majority Leader Mitch McConnell (KY). “As a strong supporter of the AML grants program, I look forward to its many benefits for Kentucky’s environment and the new opportunities it can present for families in the Bluegrass State. I’ll continue partnering with the Trump administration as Senate Majority Leader to deliver critical federal resources for Kentucky communities.”

“The Office of Surface Mining Reclamation and Enforcement has worked diligently for more than four decades to address the hazards of abandoned mine land across the country,” said U.S. Rep. Andy Barr (KY). “I voted in favor of this funding in Congress as it will aid in giving communities damaged by the loss of coal production a fresh start. The $11 million allocated to Kentucky today will be used for reclaiming and repurposing land in the Sixth District and across the Commonwealth.”

“This announcement is good news for rural Kentucky, and I am hopeful that this funding from the Abandoned Mine Land Reclamation Fund will contribute to mine cleanup and future economic development in our Western Kentucky coal communities,” said U.S. Rep. James Comer (KY). “As a region that has produced much of the coal that has powered our economy and kept our lights on, it is critical that Western Kentucky sees these coal dollars reinvested back into our local economy. Citizens from our coal communities expect and deserve nothing less, and I am thankful and excited to see Kentucky receive a share of these funds.”

“I am proud to support Kentucky’s coal mines. These grants will help ensure that the coal mines no longer in use can be safely cleaned up and transformed into outdoor spaces,” said U.S. Rep. Brett Guthrie (KY). “I want to thank Secretary Bernhardt and the Office of Surface Mining Reclamation and Enforcement for awarding this competitive grant to Kentucky.”

OSMRE provides AML grants to the 25 coal-producing states and three tribes based on a congressionally mandated formula that evaluates past and current coal production by these entities. Each year, after the distribution is announced, eligible states and tribes apply for annual reclamation grants to access money in their allocations. OSMRE evaluates and verifies the requests and makes the award amounts available.

The AML Grants are funded in part by a fee collected on all coal produced in the United States. Under the AML Reclamation Program, OSMRE has distributed billions in grants to states and tribes. The funds have directly contributed to AML Reclamation Program achievements including the closure of over 45,000 abandoned underground mine shafts and openings, the elimination of over 960 miles of dangerous high-walls and the restoration of over 850,000 acres of clogged streams and land.

OSMRE and its state and tribal partners have worked for more than 42 years to address the physical hazards posed by lands and waters mined and abandoned or left inadequately restored before 1977 when the Surface Mining Control and Reclamation Act (SMCRA) was enacted.