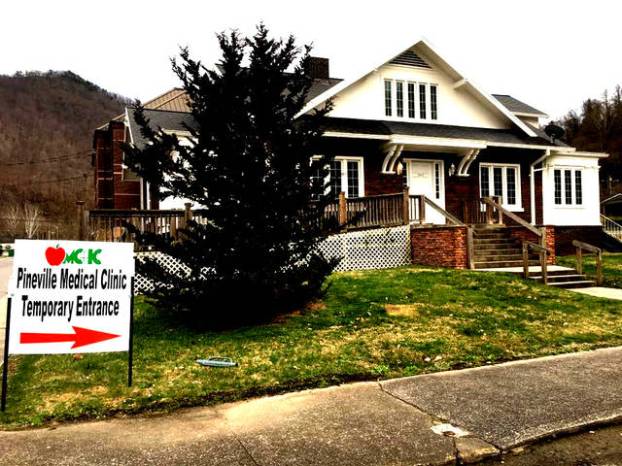 Less than a week after a vehicle drove through the front of their Pineville Medical Clinic, Mountain Comprehensive Health Corporation announced they would be opening a temporary location.

“So that we may continue to provide uninterrupted care for our patients in Pineville, we have temporarily relocated to 302 Walnut Street,” the clinic posted on their Facebook page.

The temporary location is in sight of their permanent clinic location, and they will remain there until the damage is repaired. The woman that drove into the clinic last Wednesday morning is okay.

Employees that were inside the building at the time said that the crash sounded like a transformer exploded.

The driver was shaken up but was ok otherwise and police confirmed that she was not under the influence when the crash happened that she accidentally hit the accelerator instead of the brake.

No one in the clinic was hurt. Employees are thankful no one was in the lobby at the time.

The clinic is encouraging patients to come visit the temporary clinic.

Gov. Beshear announces $500,000 in grants for qualifying counties after flooding

It was announced Tuesday by Gov. Andy Beshear and Energy and Environment Cabinet Secretary Rebecca Goodman that a total of... read more