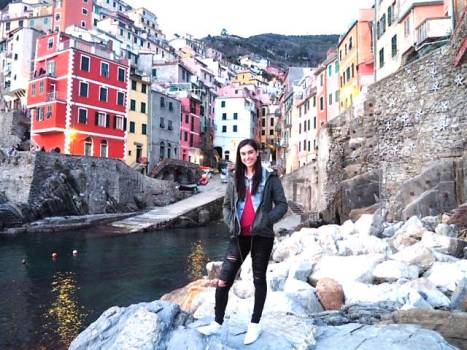 <p>Courtesy photo</p> <p>Former UK and Bell County standout Maci Morris is leading her team, USE Scotti Empoli, in scoring with a 15.6-point average while shooting 3-pointers at a 41-percent clip as of mid-February.</p> 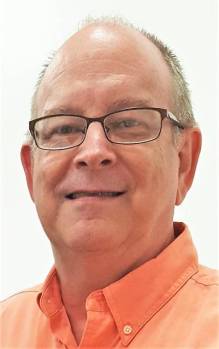 Just like her college days at UK, Maci Morris is shooting the lights out as a professional basketball player in Italy.

A two-time All-SEC performer who was one of the best shooters in Kentucky women’s hoops history, Morris is leading her team, USE Scotti Empoli, in scoring with a 15.6-point average while shooting 3-pointers at a 41-percent clip as of mid-February. She also received Player of the Week honors in early January.

While Morris – a former Bell County High School standout who captured the Kentucky Miss Basketball honors in 2015 – is playing outstanding basketball as a starter, she still had to adjust to her new lifestyle and Italian culture.

“The biggest culture shock I had to face would probably be the time they do everything,” she said in an e-mail interview with this columnist. “So, in my little town, they close everything from 12 p.m. to 4:30 p.m. They also eat dinner at a much later time than we are used to in the states. The language barrier at first was difficult for me also. They picked up early on that my accent wasn’t a ‘normal American accent.’”

When her parents, Lewis and Patti Morris, visited Maci last fall, they had to adjust, too. They didn’t really know what to think about the Italian culture.

The surprising part was “how relaxed their culture is,” said Patti, a former standout from Harlan High School who played at Transylvania. “Stores don’t open till 10, close at 12 to 3 for lunch and family time, and then open back up till 12. Dinner eaten late after 9. Food is very healthy. No fast food (establishments). Very clean and beautiful landscapes. People were very friendly and helpful.”

But not having air conditioning and a clothes dryer made things more uncomfortable during their brief stay, her mother added.

The younger Morris said she “took them to Florence and showed them around there. Then one day when I was at practice, they went to Pisa to see the leaning tower.”

Unlike the old days when the technology wonders like the Internet, smartphones and social media didn’t exist, folks today are able to connect with friends and family any time around the world. But that doesn’t necessarily mean you won’t get homesick if you’re away from home for a long period of time.

“Being homesick was definitely a huge adjustment,” Maci admitted. “You go from seeing either your friends and family every (so often) to not seeing them for eight months. Also, I’m six hours ahead of most of my friends and family so I’m usually half way through with my day before I can speak to anyone back home.”

And it helps Morris has an American teammate on the current squad. Interestingly, that player is from Duke and her name is Erin Mathias, a former Blue Devils standout who averaged 8.6 points and 5.9 rebounds during her senior year.

They often teased each other about the UK-Duke rivalry. “Me and Erin will take friendly jabs at one another on different things, involving our schools,” said Morris. “We both love our schools blue and we both believe our own is the best.”

Fortunately, while in Italy, Morris said she is able to watch some of UK men’s and women’s games on live television. She also gets the SEC Network which carries many UK contests.

During a break in her basketball schedule, Morris flew home in late November. “I came home for five days,” she said. “We had an early thanksgiving and I went to watch UK women’s basketball team play.”

Speaking of her remarkable career at UK where she was also chosen as SEC Scholar-Athlete of the Year during her senior year, Morris has had a good share of memorable moments.

“My favorite game at UK was either beating Mississippi State at home my sophomore year for (Makayla) Epps’ and Evelyn (Akhator’s) Senior night or when we beat UT at UT my senior year.”

As you may recall, it was an unforgettable Senior Day at Memorial Coliseum in 2017 when Epps (22 points and five assists) and Akhator (27 points and 16 rebounds) helped the No. 22 Cats to a stunning overtime win over third-ranked MSU, and Morris added eight points, including a crucial free throw with 1.8 seconds left to clinch the victory for Kentucky.

During Morris’ senior year, she sparked the No. 16 Wildcats to a 73-71 victory over archrival No. 13 Tennessee in Knoxville, gunning 27 points, including four of six three-pointers, along with three steals.

Morris is ranked No. 6 on UK women’s all-time scoring list with 1,692 points while her 252 career 3s made ranks second all time. She also hit 41.1 percent of her 3-point tries during her Wildcat career, ranking her at the top of Kentucky’s all-time list in that category.

As for pro basketball in Italy, her team’s regular season schedule will be ending in less than two months. “Our season ends in April depending if we make the playoffs or when we lose out in playoffs,” she said.

Before coming to Italy, Morris had gone through training camp with the Washington Mystics in WNBA as an undrafted free agent last summer.

After pro hoops, Morris said her future plans include either coaching (where her father is currently the head coach at Middlesboro High School) or returning to school to become a physician assistant.

Whatever and whenever she decides down the road, you can bet she will be a success.

Jamie H. Vaught, a longtime columnist in Kentucky, is the author of five books about UK basketball, including “Chasing the Cats: A Kentucky Basketball Journey.”. He is the editor and founder of KySportsStyle.com magazine, and a professor at Southeast Kentucky Community and Technical College in Middlesboro. You can follow him on Twitter @KySportsStyle or reach him via e-mail at KySportsStyle@gmail.com.