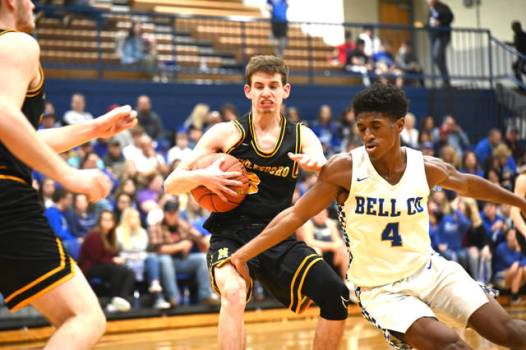 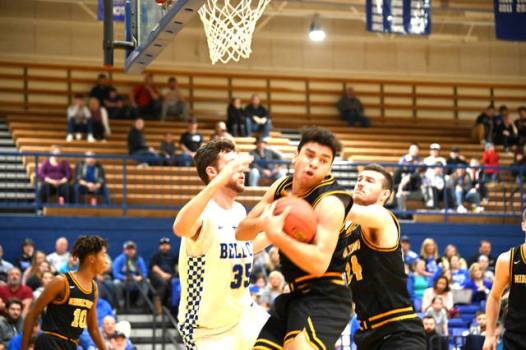 The Middlesboro Yellow Jackets played their best basketball of the 2019 season late last year on the way to a 52nd District Tournament title. The Jackets appear to be catching fire at just the right time once again with their third straight district win, all in dramatic fashion, capped by a 50-46 overtime victory Wednesday at Bell County.

The Jackets lost their first four games against district opponents, including a loss to Harlan in the 13th Region All “A” Classic finals in January. The Jackets edged Harlan County and Harlan at home before clinching at least a share for the second seed in the district tournament later this month with the win over Bell County on the Bobcats’ home court, avenging a loss to Bell at Middlesboro earlier in the season.

Senior guard Jabari Kyle scored 20 to lead the Jackets, including two free throws with 42.1 seconds left in overtime to put Middlesboro ahead to stay. Dawson Wooum and London Stephney each missed shots in the closing seconds before Jay Tyler West drew a foul on a rebound with 10.9 seconds to play. West hit the first three throw but missed the second. T.J. Patterson grabbed the offensive rebound and scored to clinch the win.

Trey Brock added 12 points for the 17-9 Jackets, who are 3-3 in district competition.

Sophomore forward Cameron Burnett scored 22 points and Woolum added 11 for the 9-15 Bobcats, who finished 2-4 in district competition. Harlan County is the district’s No. 1 seed at 4-1. Harlan, at 2-3, can tie Middlesboro for the second seed with a win Thursday at home against Harlan County. The Dragons tie Bell County for the third seed if they lose to the Bears, which would require a coin flip for the third and fourth seeds.

Bell County completed an undefeated regular season against 52nd District competition and reached the 20-win mark for the first time since winning the 13th Region in 2015 with a 77-43 victory Wednesday over visiting Middlesboro.

Bell took a 20-9 lead after one quarter as Harris scored six and Myers added five for the Lady Cats. The lead grew to 34-21 by halftime even though Bell was limited to three field goals in the period. Abby Jackson scored five to lead Bell in the quarter.

The Lady Cats outscored Middlesboro 28-14 in the third quarter, led by 11 points from Myers and seven from Cornett. Bell started a running clock in the final minute on a layup by Keara Helton.