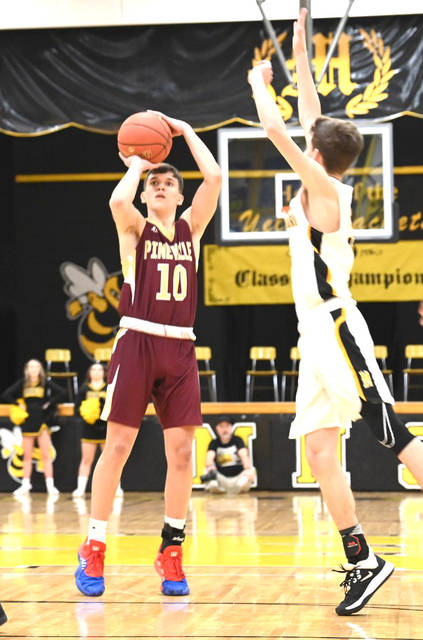 Clay Goodin shoots a jumper during a previous game. He finished Monday’s game against Knox Central with 15 points.

Knox Central has been a team on fire this season. The Panthers picked up another win on Monday when they traveled to Pineville. The Mountain Lions’ two-game winning streak came to an end as they fell to Knox 75-64.

Sean Phipps was back in form during the game scoring a team-high 27 points while shooting 58.8 percent from the field. He was a perfect 2-for-2 from beyond the arc and went 5-for-6 from the charity stripe. He also led the team in rebounds after hauling in seven boards.

Clay Goodin also reach double figures finishing the game with 15 points. He went 6-for-11 from the field despite failing to connect on one of his attempts from three-point range.

Keean Fuson was just shy of reaching double digits scoring eight points. He finished the game shooting 42.9 percent from the field and 2-for-2 from the free-throw line.