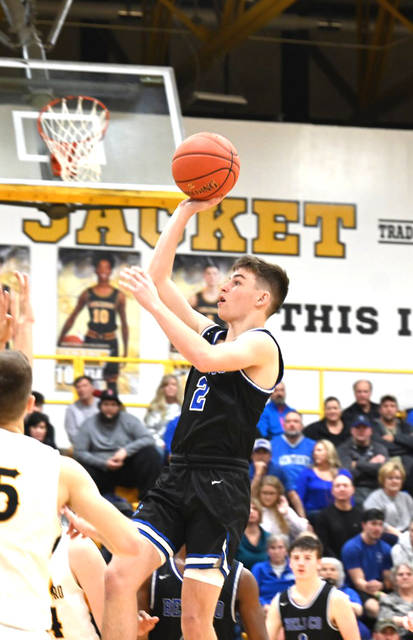 Dawson Woolum shoots a floater during a previous game. The sophomore led Bell past Clay County on Monday scoring a team-high 21 points while going 7-for-10 from the field.

Bell County picked up consecutive wins for only the second time this season on Monday. After defeating Barbourville on Feb. 4, the Bobcats came out and upset region powerhouse Clay County. In what was a close game, Bell County defeated the Tigers 78-73.

Sophomore Dawson Woolum paced the Bobcats offensively with 21 points while going 7-for-10 from the field. He was a perfect 6-for-6 from the charity stripe and hauled in two boards as well.

Fellow sophomore Cameron Burnett followed close behind with 17 points while connecting on 58.3 percent of his shot attempts. He finished 90 percent from the free-throw line and grabbed six rebounds on the night.