Jackets hold off Pineville at home, 63-52 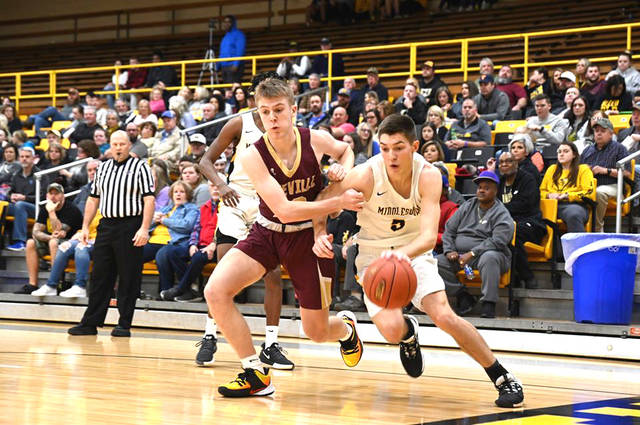 Through three quarters, Pineville was able to stay within reaching distance of rival Middlesboro. A strong fourth quarter allowed the Jackets to pull away in the end for a 63-52 victory over the Mountain Lions on Friday.

Forwards Trey Brock and TJ Patterson were the catalyst that helped Middlesboro earn the win. Brock ended the night with 23 points while connecting on 8-of-18 field goal attempts. He also hauled in eight rebounds. Patterson finished the game with 16 points and eight rebounds.

Dalton Mason led Pineville with 16 points while going 6-for-8 from the free-throw line. He also connected on two of his attempts from long range. Clay Goodin ended the night with 10 points and four rebounds.

The Middlesboro defense was able to shut down Sean Phipps. The standout junior forward was held to just five points after averaging 22 points over the previous five games.

The Jackets held a 15-13 lead over Pineville after the first quarter with the help of Patterson’s six points. Mason led Pineville in the period with five points.

The Lions responded in the second off the back of Mason’s six points to grab a 28-27 lead heading into halftime.

Middlesboro was able to begin slowly pulling away in the third quarter. After scoring just five points in the first half, Brock stepped his game up and tallied seven points in the period to help the Jackets grab a 44-40 lead heading into the final quarter.

Middlesboro outscored Pineville down the stretch 19-12 to secure the 11-point victory.