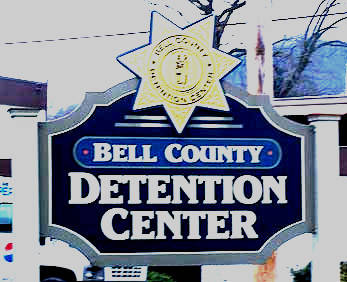 Bell County Jail officials were notified Friday by the Kentucky Department of Corrections that the facility must be completely evacuated by 5 p.m. on Feb. 5. On Tuesday, it was announced that the detention center would remain open.

Just after 5 p.m. Brian O’Brien with WRIL sent out a release from Bell County Judge-Executive Albey Brock that reads:

“Mr. Brown has stated that the order to close the Bell County Detention Center will not be enforced and that the facility has (30) thirty days to complete the on-going work to be done on the smoke evacuation system.” The release states that the the decision was made per a conversation between Judge Brock and Secretary of Governor Beshear’s Cabinet J. Michael Brown and that more information is expected to be released soon.

Following the meeting, Brock issued a statement to the community in regards to the closure order that was issued by the Department of Corrections in relation to the Bell County Detention Center.

Bell County Jail officials were notified Friday by the Kentucky Department of Corrections that the facility must be completely evacuated by 5 p.m. on Feb. 5.

Immediately following the announcement, Brock wanted the community to know that the situation at the Bell County Detention Center is being addressed and it will be corrected.

“I am going to say that I want to assure everybody that the situation at the jail is being addressed and it will be corrected,” Brock explained. “We have been in the process of correcting it, but it appears that the new administration and department of corrections, that it has not been communicated to them. We will be doing that forthcoming and we feel very optimistic, and we will have no inmates moved or the jail closed on the 5th.”

When jail officials made minimal progress correcting the violations, an extension was given to Jan. 30. However, the smoke evacuation system is still inoperable which prompted the Department of Corrections to take action.

“The Department of Corrections gave Bell County officials ample opportunity to correct this situation and repair or replace the smoke evacuation system,” said Corrections Commissioner Kathleen Kenney. “Our safety concerns were not addressed, which led us to close the jail.”

The Department of Corrections has the authority to close a jail under KRS 441.045 if there is a violation of health and life safety regulations that involve the protection of persons or property.