What is harm reduction, how will it help? 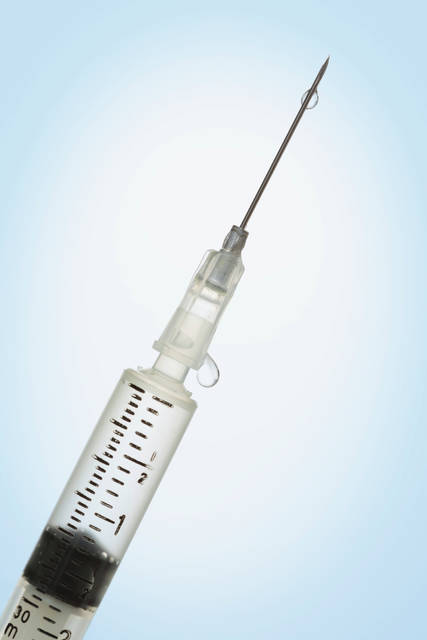 Syringe services programs (SSP) have existed and studied extensively in the United States since 1988. A community based SSP provides access to sterile needles and syringes free of cost, they facilitate safe disposal of used needles and syringes and offer safer injection education.

The syringe services programs in Kentucky also provide the participants with access to critical services and programs. The programs include substance use disorder treatment programs, overdose prevention education, screening care and treatment for HIV and viral hepatitis, prevention of mother to child transmission, hepatitis A and B vaccination, screening for other sexually transmitted diseases and tuberculosis, partner services, and other medical, social, and mental health services.

Kentucky also has among the highest rates of hepatitis C in the nation for several years. According to research conducted by the Cabinet for Health and Family Services, this is foretelling because most of the new hepatitis C infections are from people who inject drugs and share needles, cookers and other contaminated equipment. Syringe services programs have proven capable of reducing the chance of an outbreak.

Here are some facts about Syringe Services Programs provided by the Cabinet for Health and Family Services:

• SSP’s do not encourage the initiation of drug use nor do they increase the frequency of drug use among current users;

• SSP’s reduce the spread of infections like HIV and viral hepatitis;

• SSP’s do not increase community crime. Community residents may worry that syringe services locations will increase theft, assaults and an increase of contaminated needles on the street. However, the studies have shown that SSP’s actually decrease crime in the area where they are located;

• SSP’s increase community safety. Research shows that SSP’s promote public health and safety by taking syringes off the streets and protecting law enforcement personnel from needle stick injuries, which can results in the transmission of diseases such as HIV/AIDS and hepatitis B and C;

• SSP’s connect people to treatment. In one study, it was found that SSP participants are five times more likely to enter a drug treatment program than nonparticipants.

According to the Cabinet for Health and Family Services, SSP’s are central to reducing disease and other health burdens among people who inject illicit drugs. Three decades of research has demonstrated the effectiveness of SSP’s in preventing HIV and other blood borne infections, as well as connecting people who inject drugs with a range of vital medical and social services and supports.

The recommended Best Practices report from the New York City Department of Health and Mental Hygiene with the Drug Policy Alliance summarizes the consensus among United States SSP experts of the underlying principles and programmatic elements that enable or constrain SSP effectiveness.

According to reports, effective SSP’s have the support of local governing bodies and match sound operations characteristics with responsiveness to the unique features of their host communities. New or expanding SSP’s may benefit from technical assistance from the considerable expertise of those experienced in operating SSP’s around the country. The panel highlighted operational characteristics that are critical for effective SSP’s, and measure to be avoided because they undermine the primary goal of SSP’s to make new, sterile syringes available to persons who inject drugs.

The Cabinet for Health and Family Services lists Characteristics of Effective SSP’s:

• Do not impose limits on number of syringes (doing so promotes sharing of needles);

• Maximize responsiveness to characteristics of the local person who injects drugs population;

• Provide or coordinate the provision of other health and social services;

• How to clean syringes.

Middlesboro News is continuing the series on the harm reduction programs that will include what are the statistics around a harm reduction program, and will also be interviewing Greg Corby Lee who is the Strategist with the Harm Reduction Initiative with the University of Kentucky and Jana Collins the Project Director for KADAP Income Reinvestment Program.