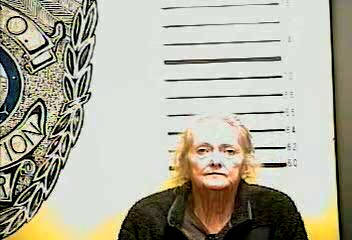 A Bell County caregiver is charged with elder abuse, forgery and theft following an investigation by the Bell County Sheriff’s Office.

Bell County Deputy Edward Dray launched an investigation after the daughter of man complained that his caregiver, 70-year-old Loraine Hoskins, had been writing bad checks in his name.

Through Dray’s investigation, it was determined that an agreement was made that Hoskins would be William Lynch’s caregiver and his transportation in exchange for her living in his home free of charge, not charged for utilities and no payroll.

Dray discovered that Hoskins had been using Lynch’s personal checking account to write herself checks that totaled over $3,000, all of which bounced. Hoskins also filled prescriptions in Lynch’s name, which he never received and allowed other relatives to live in the home.

Hoskins also neglected to clean the home and allowed garbage to build up inside the home and outside, according to reports. She also did not purchase groceries for Lynch and allowed his phone and electricity to be disconnected, all while Lynch was in the residence. His family stated to Dray that during this time, he lost over 30 pounds due to the neglect.

Hoskins was forcibly removed from the home along with other unapproved individuals. Multiple syringes and empty prescription bottles were found in the bedroom that Hoskins stayed in.

Hoskins was placed under arrest and taken to the Bell County Detention Center and is charged with elderly abuse, six counts of criminal possession of a forged instrument and six counts of theft by deception under $500.