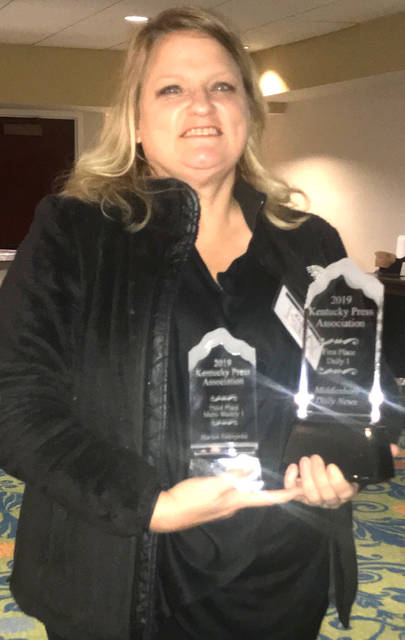 Melissa Johnson holds one of her first and third place awards during the KPA Winter Convention on Thursday. Sales reps from the Middlesboro News and Harlan Enterprise walked away with several awards.

Sales reps from the Middlesboro News and Harlan Enterprise walked away with several awards at the Kentucky Press Association Convention on Thursday. The Harlan Enterprise received nine awards with two being first place. They also placed third place in the General Excellence awards.

The Middlesboro News walked away with 22 awards with 11 being first place. They finished first in the General Excellence category.

The group as a whole won multiple other awards at the convention.