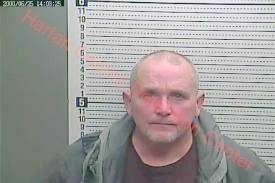 On Jan. 23, Appalachia Narcotics Investigations officials executed an arrest warrant and search warrant in the Cawood. The person arrested was Bethel Stewart Jr., 57, of Cawood.

This arrest and search come after several months of investigation into the trafficking of suspected cocaine, heroin and other illegal narcotics in the area.