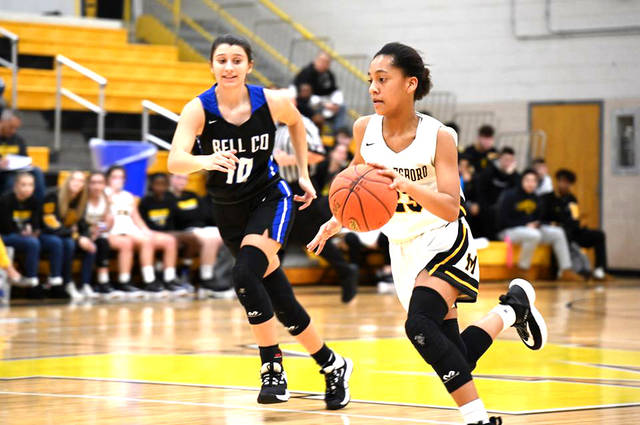 Emrey Glover pushes the ball up the court against Bell County in a previous game. She tallied 23 points against Breathitt County on Saturday while shooting 45 percent from the field.

Middlesboro snapped a four-game losing streak on Saturday when the team hosted Breathitt County. With big games from Kailey Owens, Emrey Glover and Gracie Gent, the Lady Jackets were able to pull off the 85-57 victory over the Lady Cats.

The victory came on the heels of a loss to Williamsburg just one day prior.

Owens transformed into beast mode during the game racking up a game-high 33 points while shooting 63.2 percent from the field. She also shot 42.9 percent from three-point range. She capped off her double-double with a team-high 16 rebounds.

Glover tallied 23 points on the night while shooting 45 percent from the field. Gent ended the game with 21 points while connecting on 7-of-8 from the free-throw line. She also hauled in six rebounds.