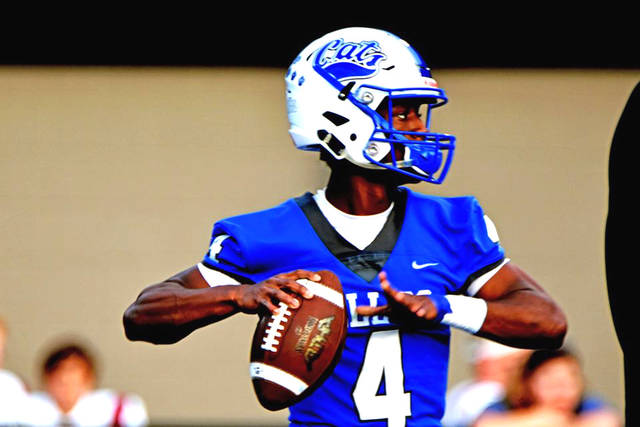 London Stephney was selected to the Class of the Commonwealth team, an honor that recognizes the top 25 senior football players in the state.

Bell County quarterback London Stephney was one of the main catalyst that helped the Bobcats reach the state championship game this season. His efforts did not go unnoticed as he was selected to the Class of the Commonwealth team, an honor that recognizes the top 25 senior football players in the state.

While under center, Stephney helped Bell County to a 14-1 record with their only loss coming in the state championship against Belfry. Prior to that defeat, the Bobcats’ closest game was a 22-8 victory over Knox Central on Aug. 30.

Stephney led the team with 1,642 yards passing and 19 touchdowns. He also tallied 1,244 yards rushing with 17 touchdowns on the ground. His efforts through the air nearly doubled from his time as a junior.

Throughout the playoffs, he averaged 119.2 yards through the air and 90.8 yards on the ground against the likes of Garrard County, Rockcastle County, Fleming County, Taylor County and Belfry.

The Bell County standout wasn’t just a juggernaut on the offensive side of the ball. He also tallied a team-high four interceptions as a defensive back.

Stephney has received offers to continue his football career from Army and Air Force.