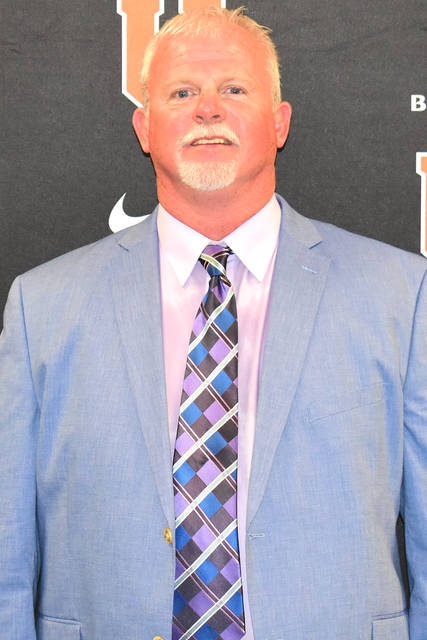 The John Luttrell era will kick off on Aug. 29 at Williamson Stadium when Union opens the 2020 campaign against Ave Maria University (Fla.).

BARBOURVILLE — The interim tag did not last very long as John Luttrell was named the 13th head coach of the Union College football program, Executive Director of Athletics Tim Curry announced on Monday.

Luttrell takes over the program following the resignation of Andre Linn, who posted an 8-25 record at the helm of the Bulldogs.

“We are very fortunate to already have had Coach Luttrell on our staff, as he has everything we were looking for in our next head coach,” said Curry. “He’s been successful in every facet of his life, and with his excellent leadership skills as a coach and a military leader, we are confident he will lead our program in the right direction.”

A press conference to welcome Luttrell as the new head football coach is scheduled for Wednesday, Jan. 15, at 3:30 p.m. in the lower level of the Patridge Campus Center.

This is Luttrell’s third head coaching position, but it is his first at the collegiate level. He coached a total of six seasons at Cawood High School in Harlan, Ky., from 1995-98 and in 2000-01, compiling a 27-37 overall record. Luttrell guided the Trojans to five playoff appearances and he earned District Coach of the Year and Southeastern Kentucky Conference Coach of the Year honors.

This is his second stint on the Union coaching staff as he has also coached at Murray State University (Ky.).

While he admits winning games helps bring respect, Luttrell said he wants everyone associated with the program to become the “best versions of themselves.”

“The good Lord has blessed me, and I believe one of my life purposes is to lead men – whether on the battlefield or the football field,” Luttrell elaborated. “The task to myself is if I’m not making these young me the best version of themselves – while wins and losses are important, then I’m not successful. We need to prepare these young men to be better sons, better brothers, better husbands, better fathers. That’s just as important to me as anything else.”

A resident of Harlan, Luttrell is a Master Mason and an Elder of the Harlan Christian Church. He is married to Tracie Morris Luttrell, and the couple has three sons: Justin, Hunter, and Michael. He is the son of Gurney Luttrell Sr. (deceased) and Carolyn Luttrell.

“Union was really good to me,” Luttrell added. “I played here, had a good (playing) career and graduated here. I even got my commission here as Second Lieutenant when we still had ROTC, which really set up my professional career in the military. Union has done a lot for me in my life, and I’m glad I’m in a position to try to give back and do something.”

The Luttrell era will kick off on Aug. 29 at Williamson Stadium when Union opens the 2020 campaign against Ave Maria University (Fla.). The full schedule will be announced at a later date.

Since she was a freshman, Abby Harris has been an integral part of the Bell County girls basketball team. All... read more