Man held at gunpoint until deputies can arrive 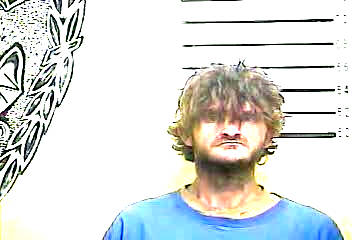 A Bell County man remains behind bars after he was allegedly found inside a shed on property that didn’t belong to him.

Bell County Sheriff’s Office Deputy Edward Dray was dispatched to a residence in Arjay after a caller stated to dispatch that he had 38-year-old Harold Ray Jones held at gunpoint inside a shed. The shed was on property that belonged to Tim Mills’ mother, and Miller had found Jones inside without permission.

According to reports, deputy Dray witnessed Mills holding Jones at gunpoint upon his arrival. Jones was then placed under arrest and gave Dray consent to search him.

Reports state Jones told Dray that he was recently involved within a family altercation and was simply trying to get away from them. He also denied any accusations of burglary.

Further investigation revealed that Jones had driven an ATV to the premises, and that the rear window of the home had been shattered allowing forced entry.

Inside the residence, directly beside the broken window, was a large quantity of household items allegedly placed there in preparation of theft.

Two suitcases were found loaded with the victim’s property, one of which contained a large assortment of jewelry. A chest was also found loaded on the back of Jones ATV.

Jones was then arrested and taken to the Bell County Detention Center where he remains.

Jones is being held with no bond.