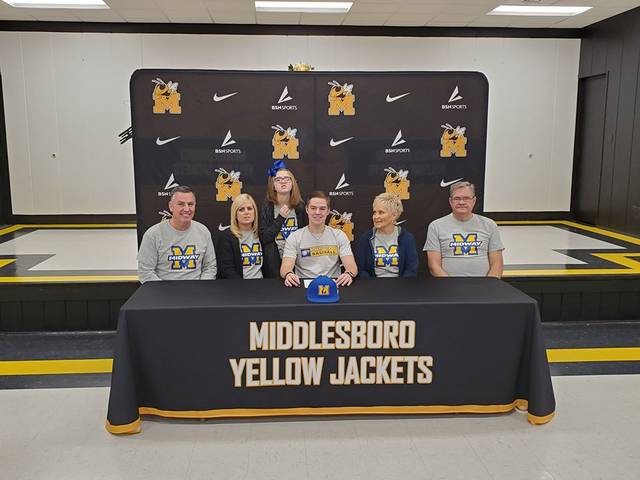 Elkins’ coach, John Smith, says that Midway will be getting a great player in Elkins and that his hard work has allowed him to be in the position he is in now.

“Collier is a great kid,” he said. “He came to us as a freshman, earned a starting spot and has helped anchor down the middle infield since. He works hard in season and during the offseason. Midway is getting a quality individual and student, as well as a player, that can step in and contribute right away.

“He is very deserving of this opportunity. Not only to extend his playing career, but receive a quality education. Our coaching staff and his teammates are very proud of Collier and wish him the best.”

Elkins’ father, Mark, and grandfather, Dewey England, expressed how proud they were of Collier and how hard he has worked to be in the position he is in today.

“We’ve traveled all over the country to watch him play,” said Dewey. “I think it’s wonderful that he’s going to get the opportunity to live a dream. Very few people ever get the opportunity to do that. I think it’s great that he is going to be playing in the state of Kentucky also. I expect Collier to have a great season and lead the state in a few statistical categories this season. He puts his whole heart into this.”

“I’m blessed to be able to see my son do something he wants to do,” said Mark. “Whether it was playing guitar at church, baseball or anything else, this is what he loves to do and it just blesses me to see him do the very thing that he loves to do. And, to do it at such a high level is an awesome thing.”

Mark believes that his son’s work ethic allows him to continually improve. “His willingness to learn and make himself better have allowed him to be in this position,” he said. “He’s a really good listener. Not everything comes natural to him, so he has to work at it.

“He’s willing to put the time in to learn and listen to whoever it may be that is coaching him, then goes above and beyond by putting in extra work. His dedication, diligence and attitude are wonderful. He very seldom gets discouraged and always has a smile on his face. He loves being out on that field.”

Mark expects Collier to have a similar season as he had in his junior year, with some improvement stacked on. Having improved every year of his career, Mark believes that will continue this season for his son.

“He has worked hard in the offseason,” said Mark. “He has made steps to improve and get better every year. I expect him to have a similar year to last year, but a little bit better. I think he will be a little more aggressive on the bases this year, I think he may be able to see some things and do some things this year that he may not have been able to do last year.”

“Coach Smith is the reason we moved to Middlesboro,” said Mark. “You’d be very hard pressed to find any coach around that knows more about the game than John. He certainly is the reason that Collier plays here. He has pushed Collier and created a hunger for him to want to get better. He has given him the atmosphere to be better and the opportunities to challenge him. I’m very thankful and proud of all of the influence, direction and knowledge that Collier has gained from coach Smith.”

Elkins says that he is a student of the game and is always working to be better.

“I’m always working on getting better,” said Collier. “I will do anything I can to improve. I study the game as much as I can, I hit off a tee to clean up my swing, I’ll field balls as much as I can, I’ll throw about twice a week — I’m always striving to be better. I am always trying to stay in game shape as well.”

“The coaches took me in and accepted me immediately,” said Collier. “I went to one of their practices and the players just treated me as one of their own. They were referring to me as their brother and everything. It felt like a brotherhood right away. I like the way they play there and I’m a big fan of the coaching style. It felt a lot like it does in Middlesboro. It was a very family-like atmosphere, and it felt very comfortable to me.”

Elkins says that he is going to lead by example this year as he wraps up his career with the Yellow Jackets.

“I’m going to be a leader,” he said. “A lot of the younger guys look up to the older guys. We are just going to lead by example. We are going to work hard and be driven towards our goals. We want to win the district again and make a run in regionals. I think we have a great team and great coaches that will give us every opportunity to be successful this season. I’m looking forward to a great year.”